Nikki was born Niko. A biological boy at birth, she began at the age of 10 the complicated transition to becoming girl. With the utmost support of her family and friends, two years later, she is living happily as the person she always knew herself to be — singing, acting and dancing, often draped in pink.

Earlier this summer, PEOPLE magazine commissioned photographer Gillian Laub to spend several days with Nikki’s family in California, documenting her life after the transition through video and photographic stills. Her portrait shows what it was like for Nikki coming out with her gender identity, finding solace in puberty-blocking medication and looking to the gender reassignment surgery on the horizon for her teenage years.

“It’s always an honor when someone is open and wants to share their life in such an intimate way under the gaze of a camera,” Laub tells TIME, “so the minute the editor told me about Nikki, I said of course I would love to do it.”

To gain their trust and to make them feel comfortable, Laub spent the first day just talking with the family without her cameras.

“Nikki told me she spent the first ten years of her life feeling like she was in the wrong body, almost betrayed by it,” she says. “After the transition, she finally felt happy, safe and proud in her body. I wanted to convey the new feeling of freedom and liberation.”

What stood out to Laub most and what she aimed to capture in the video above was how immensely loving Nikki’s family was. With the knowledge that 50% of transgender youth will attempt to commit suicide by the age of 20, they strove to provide all the support they could for their child to lead the life she wanted.

“Although this story ultimately is a very happy ending,” Laub says, “the family went through years of heartache and stress. They lived with a secret that they all struggled with for very long. The reason they were sharing their story publicly is because they wished they had known sooner that this was actually something many families deal with; they wouldn’t have had so many years of worry and confusion.”

Gillian Laub is a photographer based in New York and a frequent contributor to TIME. See more of her work here. 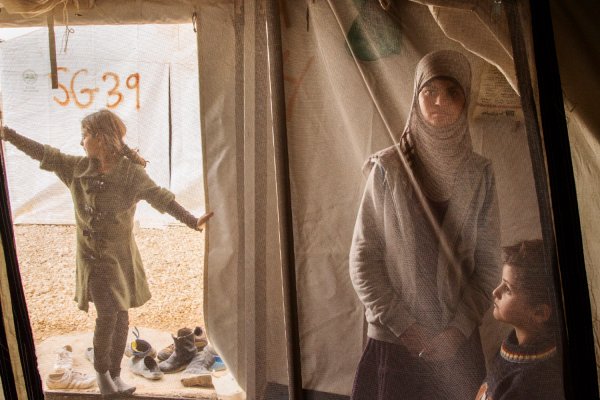