An alley between overcrowded tenements, with garbage thrown over the railings of the back porches. Most of the area's tenants were transient. Chicago, 1948.
Wayne Miller—Magnum
By Vaughn Wallace

To photograph mankind and explain man to man — that was how legendary photographer Wayne Miller described his decades-long drive to document the myriad subjects gracing his work. Miller passed away Wednesday at the age of 94 at his home in California.

Fan TV has a simple proposition for Time Warner Cable customers: For $99, it will make your cable TV-watching experience better. You buy the box and stick it in your living room, in place of a regular cable box. Instead of the the regular guide--cluttered with row upon row of channels you never watch--you get personalized recommendations, not just for stuff that's on cable, but for shows and movies from other streaming video sources like Crackle and Redbox Instant. And instead of a huge, clunky remote, you use a touchscreen pad that responds to swipes and taps. But as CNet points out, Fan TV also makes the experience worse in a few significant ways: You can only watch what's available through Time Warner Cable's mobile app, which means some channels may not be available. You also can't record live shows for later viewing or watch recordings from another DVR. A full cable box stand-in this is not. No disrespect to Fan TV, which has created what appears to be a pleasant interface and concept. But the whole setup is preposterous. Here we have a cable company that is unwilling to reinvent its stodgy old system for watching television, but continues to increase prices year after year. To justify these higher prices, Time Warner Cable and other providers point out how they're offering more channels than ever, regardless of whether subscribers asked for these channels. Meanwhile, the licensing costs to carry all these channels keep going up, and all subscribers get is more clutter in an increasingly mind-numbing TV guide interface. So now, instead of addressing those problems, Time Warner Cable turns to another company that promises to fix the clutter--not for the same exorbitant prices you've been paying, mind you, but for an extra $99. Oh, but no DVR allowed. Sorry. No wonder more people are ditching or skipping cable in favor of cheaper, smarter, more convenient online video services. And no wonder companies like Google and Apple have delayed or given up on plans to make cable TV better. It's a lost cause. On a section of Fan TV's website, the company wonders aloud whether it's crazy to compete with the tech giants and instead cozy up to pay TV providers like Time Warner Cable. At last, we know the answer.
Rene Burri—Magnum

Miller began pursuing photography while attending college at the University of Illinois, Urbana, shooting for the school’s yearbook. Following a two-year stint at the Art Center School of Los Angeles, Miller started working as a photographer for the U.S. Navy, serving in the Pacific Theater under Edward Steichen’s Naval Aviation Unit.

“We had Navy orders that allowed us to go any place we wanted to go and, when we got done, to go home,” Miller said in an interview with the American Society of Media Photographers. “It was fantastic.”

Miller’s reportage-style images of life and death aboard U.S. aircraft carriers provide a visual narrative for a field of battle largely unknown to the American public. Miller’s war-time photographs illustrate the tension and tragedy of bloodshed and destruction underneath the beautiful skies and billowing white clouds of the South Pacific.

And after Japan capitulated in September 1945, Miller was one of the first photographers to enter Hiroshima, documenting the unimaginable effects of the 20-kilton atomic bomb detonated over the city the previous month. Miller photographed victims suffering from acute radiation poisoning and severe shock in the ruins of a city reduced to rubble in one great flash.

Miller received two grants from the Guggenheim Foundation to photograph his next major project, a documentary look at the streets of Chicago’s South Side, his hometown. Shooting between 1946 and 1948, his work — a mix of portraits and environmental scenes — broke convictions for its look at the black communities living and working in postwar Chicago.

“Up until that time, these [photographs] were considered snapshots by the public and by the commercial world,” he told ASMP. The visual weight of his work didn’t go unnoticed — the hope, worry, excitement, struggle and leisure pictured in ‘The Ways of Life of the Northern Negro’ remains striking even to modern viewers today.

After his Chicago body of work, Miller went on to work as a photographer for LIFE until 1953. He began collaborating with his old boss, Steichen, on a new project called the “Family of Man” — an ambitious look at the commonalities among humans around the world through the work of 273 photographers (including Miller). As an associate curator, Miller helped Steichen produce and organize the show’s exhibition at the Museum of Modern Art in New York in 1955. One of Miller’s photographs even graced the cover of LIFE that February.

The good, the bad and the ugly

Miller held the title of president of the prestigious Magnum photo agency from 1962-1968, leading the cooperative before beginning a career with the National Park Service and later, CBS. In the mid 1970s, Miller put down his camera to follow his passion for the environment, purchasing a small plot of redwood forest in Mendocino County. For the next several years, he worked to combat tax laws that favored clear cutting forests. He continued to push for sustainable practices through retirement.

Miller is survived by his wife Joan, four child, nine grandchildren and one great grandchild.

The film about Miller’s career, embedded above, is ‘The World is Young” by Theo Rigby, a photographer and filmmaker based in San Francisco. 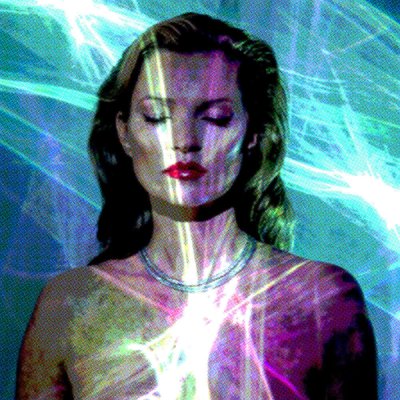