The following photos were taken in Rio de Janeiro, Brazil in February and May 2012. Unidade de Polícia Pacificadora (UPP) soldier Alexandre Correa holds his service gun out the window of a police car while on patrol in the Sao Carlos favela. Initiated in 2008, the UPP is a new system of community policing in Rio de Janeiro’s favelas, which were once run by drug traffickers.
Rafael Fabrés
By Rafael Fabrés

For the past three years, while preparing for the 2014 World Cup and the 2016 Olympics, Rio de Janeiro has been implementing an innovative safety program focused on so-called “UPP,” or Pacification Police Units, marking a radical shift in how Rio deals with violence and drug trafficking in the city’s “favelas.”

The Pacification units’ mission is to maintain control of favela territory once the local drug trade has been expelled. While many believe that UPPs have helped quell violence by opening the doors of the favelas to public services like legal electricity, garbage collection, education and social assistance programs, others see the UPP as a temporary band-aid on the endemic security problems in Rio de Janeiro.

When the Olympics are over in 2016, critics charge, everything will be as it was — if not worse.

This photography project started in February 2012.

After working for almost two years in Haiti, I decided to pitch a story to the German press agency DPA covering the occupation of Rio’s shantytowns. My goal is to cover the Pacification process until the end of 2016, in order to gain a deeper perspective on how the city of Rio de Janeiro and its favelas have (or have not) been changed by all of this attention and activity.

I've become obsessed with the above animated GIF, which I discovered over at Amid Amidi's Cartoon Brew. Stare at it, and you might be obsessed, too, at least for 30 seconds or so. [caption id="attachment_63980" align="alignnone" width="560"] Blue Zoo[/caption] It looks like something which I might have seen as part of a 3D animation demonstration by a computer scientist when I attended the SIGGRAPH conference back in 1989. But here's the remarkable thing: It isn't computer animation. That bear may be made out of polygons, but he isn't made out of bits. He's a physical object--or, more precisely, fifty of them. Two London-based companies, DBLG and Blue Zoo, created the animation, Bears on Stairs, which did begin with a computer-designed ursine protagonist. But rather than just rendering a bunch of frames, the companies printed out the sequence as fifty models. Then they photographed them as a stop-motion sequence, using the same basic technique which studios such as Rankin/Bass used long before computers had anything to do with animation. Here's a behind-the-scenes video: [youtube=http://www.youtube.com/watch?v=SlGsj47EBIU] As Amid points out, the idea of using 3D printing to meld computer and stop-motion animation isn't new. Laika (the studio behind Coraline and the upcoming Boxtrolls) is already doing it. But normally, the goal is for it all to be so seamless that the viewer doesn't know or care that computers were used. What's clever about "Bears on Stairs" is that it evocatively flaunts its use of computers--so much so that almost anybody would assume that it was a purely digital production.
Rafael Fabres

I went to live in a shantytown called Vidigal — but after one month spent making contacts among the local people and the Military Police, it was clear to me that the story had infinite angles and, if I was really going to tell it in depth, I needed more time. I’ve been working on the project, off and on, for the past eight months.

The first angle I covered was the UPP perspective, established through multiple embeds across three months.

The Pacification Police are meant to be a “community police” force, meaning that after the favela is “pacified” and after a UPP center is installed in the neighborhood, the officers are meant to cooperate with the community in order to make police work more efficient, and to act, in a sense, as agents of social development. This scenario, unfortunately (and unsurprisingly), does not work perfectly.

But it’s also important to point out that, from my perspective, the UPP soldiers are generally pretty good guys — those that aren’t violent and extremely aggressive, that is. They are mostly young policemen, curious to see a foreign journalist covering the same places they’re supposed to patrol.

I had worked with soldiers in Afghanistan and Haiti, so had stories to share; soon, we were on the same page. If you work hard with them, at all hours of the day and night, they accept you without much problem.

Covering the story from the perspective of the inhabitants of the shantytowns, meanwhile, has been more complicated and has required a lot more patience. I lived for four months in two favelas (Vidigal and Rocinha). I had to explain to the people who lived there what I was hoping to do with this project, and gradually I gained their trust.

I’m currently working on the story from the perspective of drug dealers, both in the “pacified” and the not-yet-pacified favelas. I’ve gained access through evangelical priests and NGOs, but it is a slow process and, unsurprisingly, it’s far more problematic covering these guys. I spend probably ninety percent of my time on research and trying to make contacts, but without this angle, the project simply won’t be complete.

The question everyone in Rio is asking is whether the Pacification will be effective in the long term: that is, will it modify the dynamics of endemic violence.

According to most statistics, the Pacification has had a positive project, as the numbers relating to violence are decreasing since 2008, when the effort began. But there are also troubling residual effects, like real state speculation, forcible evictions, police abuses and criminals simply moving to other parts of the city. Then there is the widely held belief that the city is simply using the Olympics and the World Cup upper class neighborhoods.

One also has to keep in mind that before Pacification, drug traffickers were the law in the favelas. Robberies, assaults, street fights, or disputes of any kind were dealt with quickly, and brutally, by the dealers. But people in pacified favelas now complain that crime has actually increased, because criminals no longer have to fear being punished by the traffickers.

Despite everything, though, I believe the long-term impact of Pacificacion will be positive. Kids from shantytowns, born in an environment without guns or open drug trafficking, will to a large degree help shape the future of this new Rio de Janeiro.

Rafael Fabrés is a Spanish photojournalist based in Haiti and Brazil. Fabrés is currently raising money to continue his project through Emphas.is. 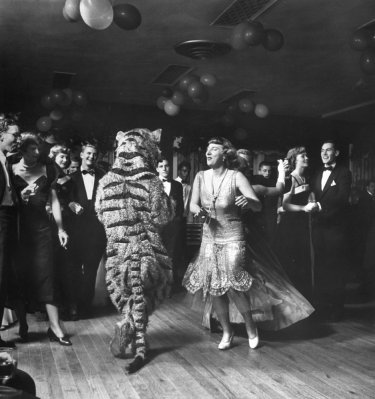