My latest book, Americans, is the second in a series about America, even though I had no idea it would become a series when my first book, My America, was released in April 2006. That book examined Republican nationalism in the country during George W. Bush’s two terms as president. But in Americans, I’ve taken real pains to make sure there’s no political photography. There aren’t any portraits of Barack Obama or Mitt Romney, and no pictures of rally signs. Instead, I sought to make an anthropological study of America—not for this week, or for this past election cycle—but a body of work that future generations could look back on to get a sense of the country’s mood.

What I found, in the eight-year period during which these photographs were made, is an America severely divided. With two long-running wars and an economy slow to recover, there is a real sense that the country is in a depressed state. Traveling across America in several road trips, I found that the mood among citizens wasn’t upbeat or lively; people are really polarized in their political positions, yet everyone is concerned about the economy and what that means for the welfare of their families.

The book contains only a handful of formal portraits. The rest is reportage—pictures taken when people were alone, pensive in thought. I looked for these moments to convey this feeling of loss and depression that I felt across the nation.

Americans recently headed to the polls to elect their next president, and on Election Day eve, there wasn’t a clear frontrunner. In fact, many polls showed voters divided near evenly between Obama and Romney—a poignant indicator that despite the winner, Americans may very well continue to be divided.

Christopher Morris is a contract photographer for TIME and represented by VII.

Americans, published by Steidl, will be available in early December. 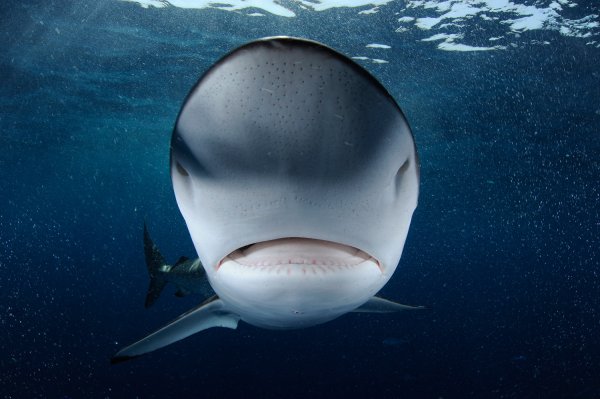 The Shark Trade of the Arabian Sea
Next Up: Editor's Pick