Photographer Stephen Ferry has spent ten years documenting the ongoing internal armed conflict in Colombia — a situation that, he says, is often overlooked or miscast as a ‘drug war’ outside of the country. In his recently-published book, Violentology: A Manual of the Colombian Conflict, Ferry presents a comprehensive look at this incredibly complicated and brutal conflict with the use of his own photographs, historical imagery and text.

Printed on heavy newsprint and produced on the rotary press of the Bogota daily newspaper El Espectador, Violentology’s physicality references the tradition of print journalism — an industry which has played a central role in shedding light on many of the atrocities committed in Colombia.

“The point here is not just to present photographs but also that they be accompanied by an investigation that is very serious,” said Ferry. “And all of that really detailed and important and dramatic information is information that came from the Colombian press. So, I wanted the design to reflect my respect for their practice.”

The book’s outsize pages are the width of magazine spreads, another nod to print journalism, but also, Ferry said, a way to get readers to spend time with the tome.

“The topic is a very serious one and its not necessarily a topic that is in the headlines, so I wanted to use whatever visual and design strategies I could in order to slow the readers’ down and keep people’s attention on the subject,” he explains.

Ferry’s Violentology project was awarded the inaugural Tim Hetherington Grant in 2011 by World Press Photo and Human Rights Watch. Additional support from the Open Society Institute has helped to make the book available in both Spanish and English versions. Selected chapters are also available as downloadable PDFs.

Stephen Ferry is a photojournalist whose work has received numerous honors from World Press and Magnum Foundation among others. See more of his work here.

Violentology was recently published by Umbrage Editions. See more about the book here. 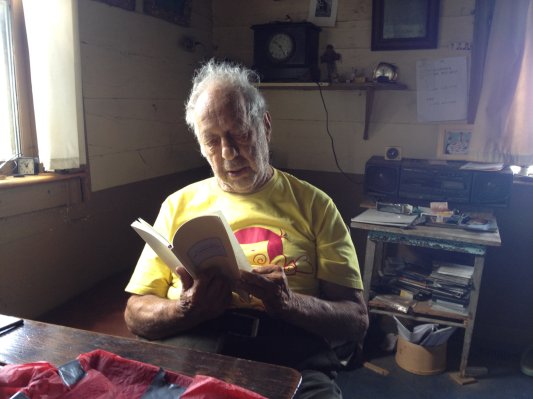 The Americans List: A Salute to Robert Frank
Next Up: Editor's Pick