The North Star Academy in Newark, New Jersey so firmly preaches the inspirational catchphrase “follow your dreams” to its students that even the teachers find it infectious. One teacher, Allison Payne, who had taught at the school for four years, found the message so compelling that she was inspired to leave education to pursue her long-held dream of being a photographer. She quit her job, attended the International Center for Photography in New York City and returned to the school as a photography student to complete this six month-long documentary project.

“North Star changes the lives of everyone who is a part it, not just the students,” Payne said. “It teaches you to be relentless in pursuit of your dreams. You start to realize that anything is possible if you are just willing to work hard enough.”

Indeed, though the school is surrounded by a bleak landscape and many of the students come from low-income homes, they are encouraged to dream big. North Star students who may have been sad statistic elsewhere, here say they plan to be doctors, lawyers, engineers and, even, president of the United States.

The first step in achieving those big dreams is attending college. This year—and every year—every single student at North Star Academy in Newark, New Jersey has been accepted into at least one four-year college. 95% go on to enroll in one of those four-year institutions. Compare that with the fact that in 2004 only 26% of graduating seniors in the entire Newark school district said they planned to attend college, and it’s clear the school is doing something right.

The school’s mission to “prepare each student to enter, succeed in, and graduate from college,” permeates everything at the school. The classrooms are named after prestigious universities like Princeton and Harvard. For field trips they visit campuses like Stanford, Georgetown and Boston College. The idea behind all of this is to make college an attainable reality, the natural next step upon graduation. That mindset is often the case for middle class students, but not for disadvantaged children for whom college is often a far-off dream.

Though the school, a public charter that is part of the Uncommon Schools network, serves 1,600 students across all grade levels from K-12, a majority of students enter in the fifth grade. When they enroll they are typically two grade levels behind in both math and reading, but they come ready to work. Students at North Star have longer school days and a longer school year than their counterparts in the public school system, and complete an average of two hours of homework a night. The work is rigorous, but the results speak for themselves. In 2011, North Star students had the highest SAT scores in the city of Newark.

“If you asked almost any student who went there what they thought of it, they would tell you that they had too much homework, but that their life had been changed,” Payne says. 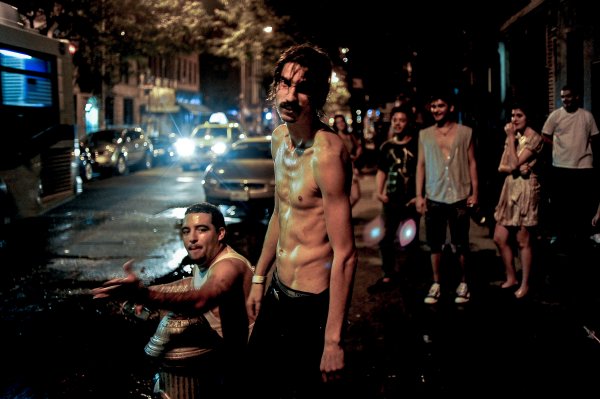 'An Acute Traumatic Journey Into American Society'
Next Up: Editor's Pick