Woody Allen responded Sunday to the accusations of his adopted daughter Dylan Farrow, who claimed that Allen sexually assaulted her when she was 7 years old.

“Mr. Allen has read the article and found it untrue and disgraceful. He will be responding very soon,” a rep for Allen told the Hollywood Reporter in a statement.

Farrow published a letter yesterday detailing her suffering from alleged sexual assault by Allen as a child. The director was never convicted of any crime relating to the allegations. Allen’s attorneys responded Sunday in a statement:

“It is tragic that after 20 years a story engineered by a vengeful lover resurfaces after it was fully vetted and rejected by independent authorities. The one to blame for Dylan’s distress is neither Dylan nor Woody Allen.” 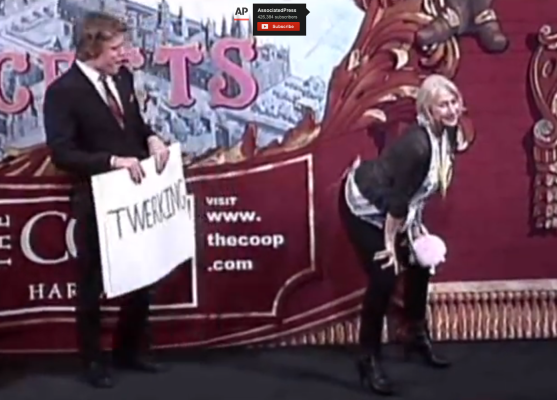 WATCH: Dame Helen Mirren Has the Most Dignified Twerking Moves
Next Up: Editor's Pick