A Father's Burden: Living With ALS

I first photographed Gary Temoyan in August of 2010 at his home in Collegeville, Pennsylvania. He had been diagnosed with ALS, a fatal, degenerative nerve disease more commonly known as Lou Gehrig’s. The life expectancy of an ALS patient averages about two to five years from the time of diagnosis. My assignment was to document Gary on a skydiving trip.

By the time I met Gary, he left his job as a police officer, his parents had moved in with him and the disease had already confined him to a wheelchair. It was a week before school started and his boys were staying with him at home. His sons are very active in sports, just as Gary had been, and when I arrived he was playing hockey with them in the driveway. Even though he was in a wheelchair, he found a way to play goalie while his sons skated around him.

As a man living face to face with a fatal disease, I found him to be brave, adventurous, loving and a compassionate father. Not knowing how much time he has left, Gary wants to live the remainder of his life to the fullest.

I spent nearly a week with Gary and his family and they made me feel as if I had always known them. I saw a man whose life has been cut short and I began to understand how important it was to Gary to raise awareness about ALS.

The story was originally commissioned by Men’s Health — read the full story here.

Lauren Fleishman is a contributor to TIME, most recently documenting Ground Zero after the death of Osama Bin Laden here. 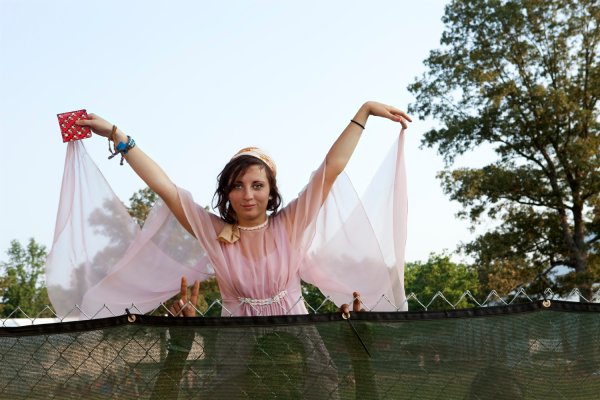 A Mini Utopia: Jim Goldberg's Portraits from Bonnaroo
Next Up: Editor's Pick