Mission to Saturn: Beauty from the Final Frontier

More than 13 years ago, the Cassini satellite punched through the Earth’s lower atmosphere riding atop a U.S. Air Force Titan IV rocket. Six years later, after traveling 2.2 billion miles to the outer rings of Saturn, the craft’s Visual and Infrared Mapping Spectrometer (VIMS) began transmitting images of Saturn and its moons.
The images—each taking more than two days to travel back to Earth—recorded cosmic ray trails, Saturn’s F-ring and shepherd moons. NASA regularly releases these images to the public through a massive database on the Cassini Solstice Mission site. In 2009, TIME named one of Cassini’s photos a picture of the year.

In addition to the beautiful composite images in the NASA site’s image library, the Mission also publishes an extensive and frequently updated archive of raw images taken by Cassini. Chris Abbas, a filmmaker in Seattle, Wash., was exploring the archive late one night when he came across a sequence of photos of Titan—Saturn’s largest moon, larger than the planet Mercury—taken as Cassini passed in orbit. Abbas was drawn to the sequential movement of the elements and began sequencing the images in Adobe After Effects.

(PHOTOS: Amazing Images of the Sun)

“It looked very interesting, so I felt like I needed to explore it,” he tells TIME. For the next two weeks, Abbas culled through thousands of archived images. While at work, he’d download images late into the night, sorting the sequences into short clips.

Although he describes himself as having a keen interest in space exploration, Abbas constructed the film as an artist interpreting his senses. Those familiar with Saturn and the Cassini Mission may recognize the hallmark features of the satellite’s exploration, but for those less aware of the Mission’s discoveries, the images represent something more. The dark void of space interplays with graceful flickers that reveal elements of light, cosmic ray trails and the cloudy atmosphere of Titan. Abbas molds the unprocessed satellite imagery into scenes of harmonious motion, transforming the cold depth of space into something more familiar to the mind’s eye. A pensive soundtrack from Nine Inch Nails’ Creative Commons-licensed album, Ghosts I-IV, complements the visual spectacle.

Cassini’s lens focuses on matter never explored by humans—matter not yet looked at by eyes of scientific authority that will ultimately define it, applying a label of classification that sets a finite boundary of what could be there. As Cassini’s sequences pass one by one, we are left to openly interpret their context and meaning. The beauty of Abbas’ film lies not only in the images themselves, but in the idea that what we’re looking at are actual raw, unprocessed photographs taken billions of miles away.

For a scientific explanation of the video, visit NASA’s Astronomy Picture of the Day archive.

For more about the Cassini Mission, check out TIME’s cover story by Jeffrey Kluger. 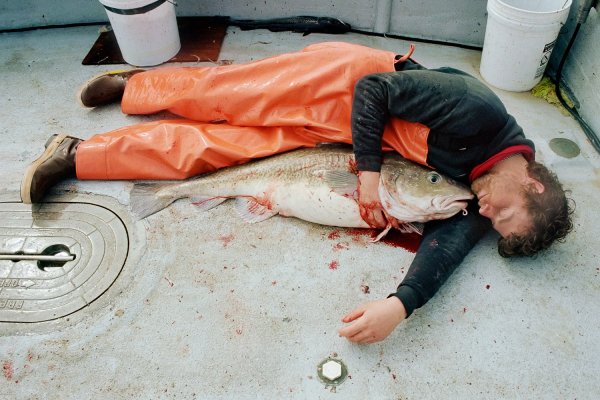