Richard Press’s documentary film Bill Cunningham New York is a charming portrait of the idiosyncratic photographer’s pursuit of fashion, elegance and humanity on the streets of New York. His photos are not “gotcha” celebrity snapshots in the vein of US Weekly. They are documents of fashion’s history. “I’m not interested in celebrities with their free dresses,” Cunningham says in the film. “I’m interested in the clothes.”

More than just Cunningham’s work and life, the film portrays his stubborn independence. In one scene, as Cunningham sits at a desk at The New York Times headquarters, moving photos around on the page, he grumbles to his impatient layout editor, John Kurdewan, that he will be finished “as soon as I get exactly what I want.” And that is the driving force of the photographer’s art and the film’s narrative.

We see Cunningham with his boss, Times honcho Arthur Sulzberger, at a surprise 80th birthday party for the photographer. We see Cunningham’s charm and humility as he accepts France’s highest cultural honor, the officer of the order of Arts and Letters, in broken French. We hear about his working-class Catholic roots and briefly get a glimpse of his emotional life in a moving conversation in the Carnegie Hall studio he occupied for 50 years. But the heart of this film lies in the splice and dice photo montages of Cunningham’s favorite “birds of paradise” – his most flamboyant and reliable subjects – women like Isabella Blow, Carine Roitfeld, Mercedes Bass, and Brooke Astor.

Press goes out of his way – as does Cunningham – to show that the photographer is not an artist in the tradition of masters like Richard Avedon or Horst P Horst. He is a journalist documenting the street. “It’s not photography,” Cunningham says. “I’m just documenting what I see. I let the street speak to me.” One week he’s chasing women wearing all black, the next week he’s on the case of a posse of knee-length skirts. In another shot, we see Cunningham gliding through the gritty city on his 29th Schwinn bicycle (the last 28 were stolen over the years), darting from one society ball to another, greeting Astor as easily as he greets the drag queen Kenny Kenny, tossing a “hello child” to one admirer and chuckling as the choreographer Carole Armitage begs him to come to an upcoming gala benefit.

At parties, women solicit him, pointing out their striking outfits or taking an extra dramatic twirl on the dance floor. In one scene, writer Tom Wolfe explains the relentless jockeying that goes on among New York society wannabes, and in many ways Cunningham’s lens is the witness.

As Harold Koda, curator of the Metropolitan Museum of Art’s Costume Institute points out, Cunningham’s photos are a “fascinating manifesto of another era in this city.” From late 1980s stone-washed denim to early ‘90s low-riding rapper jeans, he has seen it all. He is the original trend-spotter, long before the age of digital photos, blogs, tweets and front-row ostentation. Cunningham, unlike many of the more recent fashion parvenus, knows clothes. Of the early work of Japanese designers like Comme des Garcons’ Rei Kawakubo, Cunningham draws a correlation to the bag women of New York City during that time. “People in New York looked like the people of medieval Europe,” he exclaims. “The shapes people were wearing!”

Press also gives the viewer a glimpse at the pure joy Cunningham gets from fashion. While examining a photo of socialite Mercedes Bass, he compares her to a John Singer Sargeant portrait. When describing fashion, he says that “it’s the armor to survive the reality of everyday life. But you can’t do away with it – that would be like doing away with civilization.”

One of the more touching moments in the film takes place in the Carnegie Hall studio of Cunningham’s friend and neighbor, Editta Sherman. The two are reminiscing, and Editta brings up Cunningham’s early career as a milliner, creating hats in his 10th floor salon for the likes of Ginger Rogers, Marilyn Monroe, and Joan Crawford under the label “William J.” Cunningham, in his trusty $20 blue French workman’s coat, laughs off the idea that these famous names once darkened his door. “The thing is none of them had any style,” he says, and with a wave of the hand he’s back on the street, where he belongs.

On the Street, Cunningham’s video column, can be viewed on the on The New York Times website.

Kate Betts is a contributing editor for TIME Magazine, until recently, the editor of TIME Style & Design, and a former Editor-in-Chief of Harper’s Bazaar. She has recently published Everyday Icon: Michelle Obama and the Power of Style. 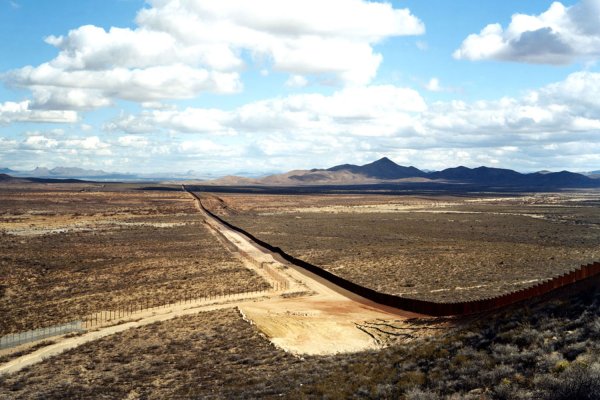 The Border: Victoria Sambunaris
Next Up: Editor's Pick