A white police officer in South Carolina was charged with murder Tuesday after a grisly video emerged showing him repeatedly shoot an apparently unarmed black man who was running away, sparking an outraged reaction from local residents, advocates and officials, and a promise that the local police department supply officers with body cameras.

In the April 4 footage captured by a bystander, and posted below, North Charleston police officer Michael Thomas Slager, 33 is seen firing eight shots at a man identified by authorities as Walter Scott, 50. The officer claimed he feared for his life after Scott took his stun gun during a confrontation following a traffic stop over a broken taillight, according to police documents cited by the New York Times.

Slager was booked on the murder charge Tuesday by the Charleston County Sheriff’s Office, shortly after the video emerged, and he was fired.

“When you’re wrong, you’re wrong,” Mayor Keith Summey said of the decision to charge the officer, in an early evening news conference, The Post and Courier reports. “When you make a bad decision, don’t care if you’re behind the shield or a citizen on the street, you have to live with that decision.”

On Wednesday, Summey announced that he had a grant to purchase 101 body cameras for the city’s police force but that he had decided to purchase additional cameras as well.

The South Carolina Law Enforcement Division (SLED) is investigating the shooting, as will the Federal Bureau of Investigation, according to a spokeswoman for the Justice Department.

On Wednesday morning, protesters raising signs and wearing “Black Lives Matter” T-shirts flocked to the North Charleston’s City Hall to slam what they saw as violence in law enforcement, in an echo of similar protests following the police shooting deaths of Michael Brown in Ferguson, Mo. and Eric Garner in New York City.

The graphic video footage of Scott’s death, originally reported by The Post and Courier and the Times, also prompted a strong reaction from South Carolina Sen. Tim Scott, who called it “senseless” on Twitter and said Scott’s death was “absolutely unnecessary and avoidable.” He added that he will be “watching this case closely.”

At the beginning of the video showing the shooting, Scott can be seen running from Slager, who rapidly fires seven shots. Following a slight pause, the officer fires an eighth, after which Scott falls to the ground. The officer is then heard yelling, “Put your hands behind your back!” before handcuffing Scott, who is lying face-down on the ground.

The officer is then shown running several yards away and appears to bend down and lift an object from the ground as another officer arrives on the scene. The second officer then requests that “someone grab [him] a kit” over his radio as he approaches Scott. When the first officer returns to Scott shortly afterward, he appears to drop an object—suspected to be the stun gun—next to Scott’s body.

The second officer can be heard reporting Scott’s injury while kneeling and examining his back as the officer, appearing to be Slager, observes. An additional clip, which the Times labeled as having “captured the scene moments later,” shows two officers applying gauze to Scott’s back while two more officers talk behind them.

Slager was previously accused of excessive force in a 2013 encounter where he also used a stun gun, but he was cleared in that case, NBC reports. He joined the police force five years ago, after serving in the Coast Guard, according to the Times. Information about his lawyer was not immediately available.

Scott may have been fleeing police because he knew he owed child support for his four kids, his lawyer L. Chris Stewart told the Times. Scott had been arrested about 10 times, mostly for failing to pay child support, but he also had an assault charge from 1987, The Post and Courier reports

“From the beginning, when it happened the first day, all we wanted was the truth,” he said. “We can’t get my brother back and my family is in deep mourning of that, but through the process justice has been served.”

Anthony Scott added he doesn’t consider Slager a representation of law enforcement officers. “I don’t think that all police officers are bad cops,” he said. “But there are some bad ones out there and I don’t want to see anyone get shot down the way that my brother got shot down.”

MORE: How Body Cams on Cops Brought a Murder Charge in New Mexico

Stewart, the family’s lawyer, praised the bystander who captured the deadly incident on video and came forward with the footage.

Justin Bamberg, another family attorney, called it “an example of what can happen when people are willing to step up and do the right thing for the right reasons.”

“I do think that it is an example of how body cameras worn by police officers could have a positive impact in terms of building trust between law enforcement and the communities they serve,” Earnest said.

“I don’t think that anyone thinks that this this is a panacea—it certainly isn’t—but it certainly, at least in this situation, is an indication of how it can help.”

With reporting by Maya Rhodan and Justin Worland 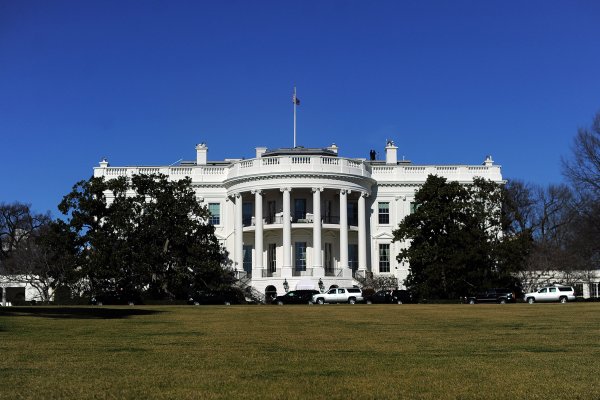