This Is the Best Wi-Fi Hotspot You Can Buy

If you regularly travel with devices needing Wi-Fi, get Verizon’s Jetpack MiFi 6620L. Its battery life is among the best we’ve seen in hotspots, it runs on the largest and fastest U.S. LTE network, and its pricing is competitive.

Is my smartphone enough?

Just about every smartphone can act as a hotspot, sharing its connection over Wi-Fi with tablets or laptop. But if you work on the road a lot, a hotspot offers a more reliable data connection than your phone and will run for much longer on a charge than a phone in tethering mode. Think two full days of work versus five hours.

How we picked and tested

We started with networks. Our best-wireless-carrier research and outside reports like PCMag’s “Fastest Mobile Networks” and RootMetrics’ testing all pointed to Verizon.

AT&T, however, isn’t far behind and in parts of the U.S. beats Verizon. It also ended an advertising scheme to track subscribers’ unencrypted Internet use, while Verizon took until January to announce an opt-out.

The LTE networks of T-Mobile and Sprint, even after recent progress, can’t match the big two’s rural coverage—important in a device used often on the road. (For more on this, check out our guide to the best wireless carriers.)

The AT&T Velocity (left) and the Verizon Jetpack (right) are the only hotspots currently worthy of serious consideration due to the reliability of their networks.
The Wirecutter

We spent a few months with AT&T’s Velocity and Verizon’s Jetpack 6620L, using loaner devices with a MacBook Air, an iPad mini, two Android phones and one Android tablet around Washington D.C., New York, the Bay Area, Las Vegas and a few spots in between.

Our pick for most people

You’ll need to put the Jetpack on a More Everything plan, with or without a Verizon phone, where pay $20 for the hotspot’s monthly “line access” fee then buy data as needed. A hotspot by itself with 4 GB of data will cost $50 a month. If you already have a phone and 2 GB of data, adding the Jetpack and another 4 GB puts another $50 on your bill; adding the hotspot and 8 GB increases your total by $80.

The Jetpack supports 15 devices over either 2.4 or 5GHz Wi-Fi and allows USB tethering. Devices connected without a hitch and then stayed online.

The 16 hours and 8 minutes of LTE sharing we saw didn’t meet Verizon’s advertised 20-hour battery life but was still great. And the 6620L shares power via a USB port to charge other devices from its 4,000-mAh battery.

One gripe: its soft-touch buttons–there’s no touchscreen–often didn’t register a press. To edit the password and change other, advanced settings, connect to the hotspot and log into a “my.jetpack” site.

AT&T’s ZTE Velocity—99 cents on a two-year contract, $149.99 full price—connects 10 devices via 2.4 or 5 GHz Wi-Fi. It can’t do USB tethering, but functions as a network drive if you insert a microSD card.

The Velocity shared an LTE signal for 15 hours and 15 minutes, 5 hours longer than advertised. Devices connected to it reliably, save some hiccups in the noisy environment of CES.

The Velocity’s 2.4-inch touchscreen was easier than the Jetpack’s buttons. But we couldn’t change advanced settings on its “attwifimanager” page, which demanded a separate password nowhere to be found on the device’s screen.

Sprint’s ZTE Live Pro runs Android apps and projects them on a wall. But its network needs work and its pricing ($300 even on a two-year contract) is out of whack.

In pay-as-you-go, avoid anything using the slower WiMax 4G that Sprint is shutting down. Among LTE prepaid hotspots, the upcoming Karma Go’s non-expiring data ($14 for 1 GB, $59 for 5 GB, and up) might satisfy intermittent needs.

If you need a mobile hotspot, the Verizon Jetpack 6620L, crummy interface and all, should get you online and keep you there over more of the U.S. than its competitors.

This guide may have been updated. To see the current recommendation, please go to TheWirecutter.com.

This post was done in partnership with The Wirecutter, a list of the best technology to buy. Read the full article above at TheWirecutter.com. 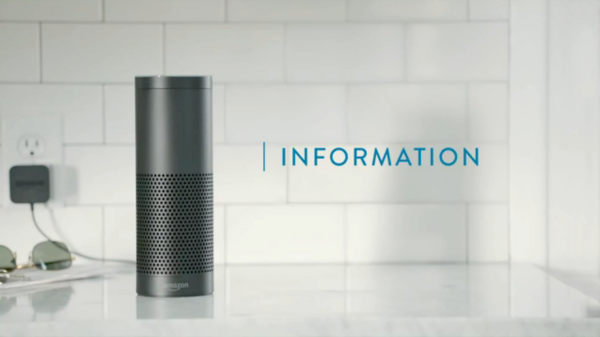 Amazon Just Gave You One More Reason to Stay in Bed
Next Up: Editor's Pick