The Twitter logo is displayed on a mobile device.
Bethany Clarke—Getty Images
By BusinessCollective

Question: What is one mistake small businesses and startups make on Twitter constantly that I should avoid?

“Twitter is best when it’s a conversation. Too often, startups will engage in that conversation by writing directly to another person or brand. Starting a tweet with a peoples’ names (i.e., “@magoosh, thank you!”) means only folks who are your fans and their fans will see the interaction. By putting a period before the “@,” your full audience will see the conversation.” — Aaron Schwartz, Modify Watches

Using a Different Hashtag Every Time

“It’s important to develop a consistent, branded hashtag so your following knows the best way to play along. By using a different hashtag every time, your brand is potentially missing out on an opportunity to have its message spread more effectively across Twitter.”

“Too many businesses treat Twitter like a bull horn. Twitter is most effective as a listening tool and for providing followers with relevant communication. Leave status updates to sharing links and images or asking engaging questions.” — Adam Root, SocialCentiv

“Next time you’re on Twitter, count how many tweets come through your feed within 10 minutes. Due to the volume on Twitter, your posts are unlikely to be seen if you’re only tweeting every so often. Instead, come up with three to five ways to talk about the same thing, schedule your tweets to go live multiple times a day and keep your stream topped up. That way, you’ll have a presence.”

Not Building Relationships With Brand Advocates

“Identify customers who are regularly interacting with you on Twitter, and go beyond retweeting their mentions. Specifically thank them, and start conversations about the industry or their work. By remembering key details about them and referencing them later (what products they own or certain projects they’re proud of), you’ll inspire brand loyalty.” — Tracy Foster, ONA

“Twitter, Facebook, Instagram and other social media are not all created equal, and you should not be treating them as such. Quit tweeting the same thing you posted on Instagram and Facebook. Sure, there are outliers, and it makes sense, but you should be telling me a different part of your brand’s story on each platform.” — Blake Miller, Think Big Partners

Forgetting the ‘Social’ in Social Media

“Many companies forget the “social” part of social media and blast news about themselves and their products. Think about it in real world terms: You can’t walk into a party and start yelling about how cool your own party is. Take the time to get to know the people, join their conversations organically and figure out what about your business would interest them. Engagement goes both ways.” — Lauren Perkins, Perks Consulting

“Avoid constantly retweeting someone’s content. Yes, you might get followers, but no one will read your tweets because they are not original.” — Yuriy Boykiv, Gravity Media

Talking About Your Business All the Time

“With the possible exception of your family members, no one is following your business on Twitter because they want to be constantly advertised to. No more than 20 percent of your tweets should be promotional in nature. The other 80 percent should add value to your followers in some way.” — Brittany Hodak, ZinePak

“Being controversial for the sake of gaining attention is not a good way to gain positive attention. Keep your tweets relevant, on point and conservative.” — Andrew Schrage, Money Crashers Personal Finance

“Twitter is somewhere people go to interact with their friends and to be social. If you treat Twitter as a place to dump blog posts and press releases and never interact with your followers, you’ll never be successful on Twitter. Think about what kind of content your customers want to see, and provide it — even if not all of it’s immediately beneficial to you.” — Emerson Spartz, Spartz

The Young Entrepreneur Council (YEC) is an invite-only organization comprised of the world’s most promising young entrepreneurs. In partnership with Citi, YEC recently launchedStartupCollective, a free virtual mentorship program that helps millions of entrepreneurs start and grow businesses. 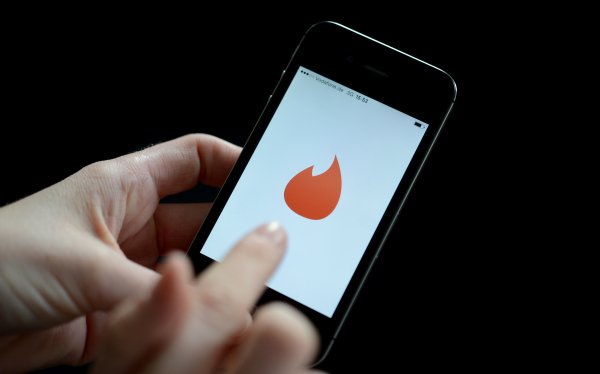 Tinder Hooks Up With New CEO
Next Up: Editor's Pick