Ferguson Heads to the Polls in City Council Election

In this photo made Friday, April 3, 2015, Reginald Rounds, a volunteer with the Organization for Black Struggle, walks door-to-door while canvassing a neighborhood in Ferguson, Mo.
Jeff Roberson—AP
By Victor Luckerson

Voters will cast ballots Tuesday to elect three city council members. The town, which is about two-thirds black, has a mostly white council.

Historically, voter turnout has been extremely low in Ferguson, with only 12% of eligible voters turning out for a mayoral election last April. However, ongoing racially charged protests and the recent Department of Justice report outlining systemic racial bias against black residents by the Ferguson Police Department could spur greater political activity during this election.

The three council seats up for grabs include Ward 3, which includes the neighborhood where Michael Brown was shot. The ward’s candidates, Wesley Bell and Lee Smith, are both black. 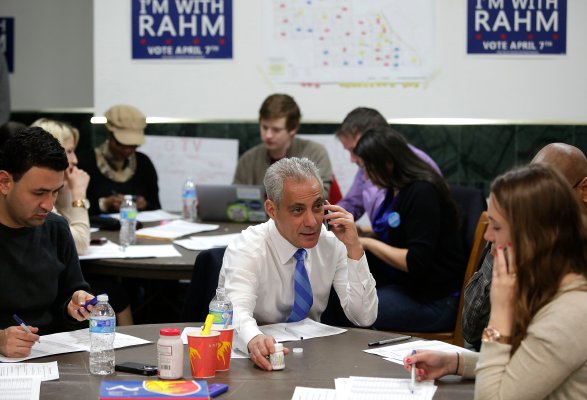 Chicago to Decide Rahm Emanuel's Fate in Runoff Election
Next Up: Editor's Pick