Here's the Major Downside of So Many $1-Billion 'Unicorn' Startups

We live in a magical age of unicorns, those pre-IPO tech startups valued at $1 billion or more. And unlike the dot-com bubble, most of these startups are for real. They are companies whose services–like Uber, Spotify or Pinterest–we use every day. You could even say we consumers are the ones that are helping these unicorns to fly.

There is only one problem: Most of us consumers, as individual investors, are being shut out of the party.

These days, you hear a lot of people in the tech-investing world talk about how this is not 1999. The red ink has been washed away by the black at the strongest startups. A confluence of new technologies–the cloud, social networks, smartphones–are creating the mega-brands of the future. As one CEO memorably put it, “It’s the biggest wave of innovation in the history of the world.”

This is more or less true, but another big difference between today’s tech market and the tech market of 1999 is often overlooked: During the dot-com bubble–when most of the IPOs were pipe dreams waiting to crash–individual investors were able to buy their shares freely. Today, by contrast, most of the investments in the hottest tech startups are happening behind the velvet ropes of private financing.

US securities laws set up last century ensured that only accredited investors—currently, people earning at least $200,000 a year or with a net worth of more than $1 million—could buy stocks in private offerings. Those laws were intended to protect smaller investments from the risks of traditional private investments, and they worked for a long time. But recent changes, such as the JOBS Act, allowed private companies to more easily avoid IPOs if they so desired. And most of them have so desired.

The result is that tech companies that would have been open to ownership by everyday people in earlier decades are now open only to the elite. Hedge funds and other institutional investors jockey for access to occasional venture rounds rather than the daily battle of public markets. Corporate insiders have greater control in setting valuations, while executives escape the scrutiny of quarterly disclosures.

And so, unsurprisingly, the tech IPO has become as rare as, well, a unicorn. According to Renaissance Capital, 35% of the companies that went public in 2011 were technology startups. By last year, only 20% of the 273 IPOs were in the tech industry, and most were in the enterprise space rather than the brand names consumers knew. In the first quarter of 2015, only four tech companies went public. And none of them were exactly unicorns.

Three of those four tech IPOs have a history of losses–cloud-storage company Box, online-ad platform MaxPoint Interactive, and domain registrar GoDaddy. Only Inovalon, which runs cloud services for health-care companies, went public with a profit. In the wake of the recession, it was all but impossible for companies to go public with a history of losses but that changed starting last year, when according to Renaissance, 64% of large tech IPOs debuted with net losses, the highest ratio since 2000.

The companies that are choosing to go public aren’t the cream of the crop. Box may have a bright future, but like GoDaddy it went public at the behest of its investors and did so only after months of delays. Box also priced its IPO below its last private round, following late 2014 IPOs like New Relic and Hortonworks that took so-called “haircuts.”

Which brings up another reason for other companies to avoid IPOs–why do it when you can get better valuations in illiquid private markets? True, liquidation preferences and other private perks justify some of that premium, but private valuations are often more art than science.

The pace of tech IPOs are likely to pick up, but few of the candidates in the current pipeline are the highly coveted unicorns. Next week, Chinese e-commerce platform Wowo is expected to raise $45 million. Craft marketplace Etsy is also hoping to raise $250 million in the coming weeks. And mobile software Good Technology aims to list soon as well. All three have steady histories of net losses.

Ride-sharing giant Uber, lodging disruptor Airbnb, online-storage pioneer Dropbox, social-ephemeralist Snapchat, social-pin star Pinterest, music-streaming king Spotify, mobile-payments upstart Square–all have been sought after and well funded in private rounds. All have intimate connections to consumers, and would be broke without them. All couldn’t care less, it seems, when it comes to sharing their success with those consumers.

Maybe that’s why they’re called unicorns. Not because billion-dollar startups are rare–they’re practically a dime a dozen these days–but because, for most investors, they might as well be myths frolicking on the far end some of some rainbow.

Read next: Why This Apple Watch Rival Is Very Important 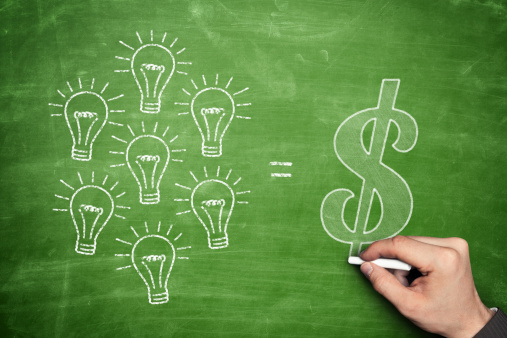 9 Tips for Turning Your Invention Into a Business
Next Up: Editor's Pick