Why This Apple Watch Rival Is Very Important

The day the Pebble smartwatch went up on Kickstarter a couple of years back, I pitched in enough money that I got the device when it was finally made. The good news was the early version worked mostly as advertised. But Pebble’s early software was basic, hard to learn and unstable. Still, Pebble quickly addressed those issues, and to date the company has sold 1.1 million smartwatches — the startup was second only to Samsung in terms of smartwatch sales over the recent holiday quarter.

Not long after the first Pebble smartwatch came out, however, devices powered by Google’s Android Wear operating system hit the scene. I decided to retire my Pebble in favor of an Android smartwatch, but I kept my eye on Pebble, hoping it would continue to improve on its design. Indeed, like all good technology companies, Pebble’s team has kept making the company’s watches smarter and better. The company recently headed back to Kickstarter to raise a record $20 million for a brand new smartwatch sporting a completely new operating system with a cleaner user interface and streamlined app installation process.

That new watch, the Pebble Time, especially intrigues me. In designing it, Pebble execs looked hard at how people were using their devices and noticed a key trend — people used it in what Pebble now calls “timelines.” Built around this metaphor, the new Pebble Time will have 3 buttons connected to people’s timelines. One button is for the past and gives you things like a sleep score, calories burned, steps walked, and so on. The second button is for the present, like controlling music or checking texts. And the third button is for future items, such as a list of flight reservations coming up or dinner reservations. Pebble has also introduced smart straps that add functionality to its watches — for example, a strap with built-in GPS could add location services to the Pebble. I really like this approach, which should help Pebble stay competitive against the upcoming Apple Watch and the various Android Wear devices out there.

The new Pebble Time will be important for the smartwatch market for two reasons. First, the Android Wear operating system isn’t well designed, and most Android Wear devices have a long way to go in the style department. If you’ve got an Android device, you won’t be able to use the Apple Watch — but Pebble’s offerings give you an important alternative.

The good news for people in the market for a smartwatch is that most of them will soon have at least two platform options — Apple Watch and Pebble for iPhone owners, Android Wear and Pebble for Android users. While Apple and Android may get the lion’s share of the smartwatch market, the new Pebble Time offers a solid alternative and increases consumer choice. 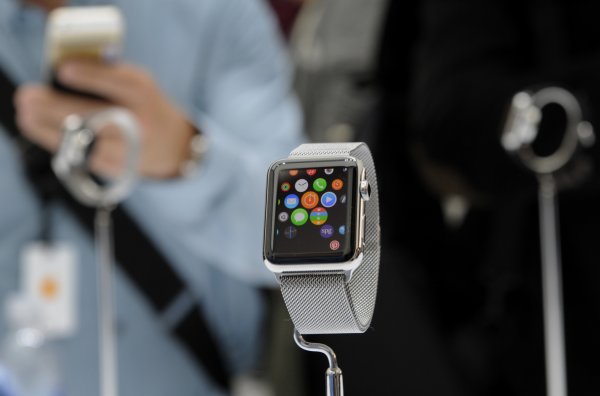 Apple Is About To Change the Watch Industry Forever
Next Up: Editor's Pick