Obama Rejects Recognition of Israel as Condition of Iran Deal

US President Barack Obama makes a statement at the White House in Washington, DC, on April 2, 2015 after a deal was reached on Iran's nuclear program.
Nicholas Kamm—AFP/Getty Images
By Maya Rhodan

President Barack Obama said Monday that making Iranian recognition of Israel a precondition of a final nuclear deal with the Islamic Republic would be a”fundamental misjudgment.”

Israeli Prime Minister Benjamin Netanyahu, who has been fiercely critical of the framework agreement negotiated between Iran and six world powers, has proposed that any final deal must include a “clear and unambiguous Iranian commitment of Israel’s right to exist.”

But Obama told NPR in an interview that such a demand would be unrealistic. “The notion that we would condition Iran not getting nuclear weapons in a verifiable deal on Iran recognizing Israel is really akin to saying that we won’t sign a deal unless the nature of the Iranian regime completely transforms,” Obama said in the interview.

The White House has been playing offense on the outline of the deal intended to limit Iran’s ability to create a nuclear weapon, with Energy Secretary Ernest Moniz making weekend news show appearances and stopping by the White House Press Briefing to defend its merits while Secretary of State John Kerry takes a vacation.

Correction: The original version of this story misstated Benjamin Netanyahu’s title. He is Israel’s Prime Minister.

Read next: Netanyahu Presses U.S. to Secure a ‘Better Deal’ With Iran 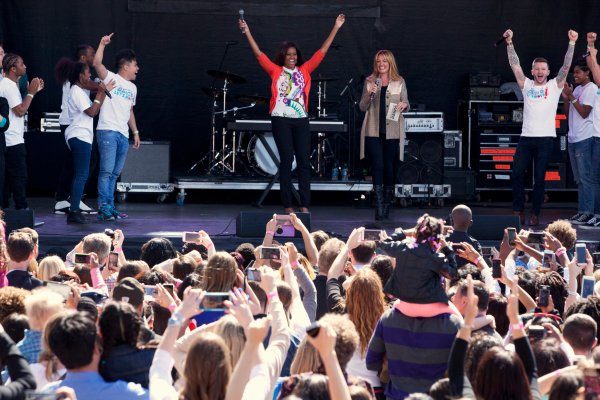 Michelle Obama Busts a Move at Easter Egg Roll
Next Up: Editor's Pick