Baseball to Players: Hurry the Heck Up

Lon Tweeten for TIME
By Emily Barone and Sean Gregory

Opening day has arrived, and baseball’s 2015 story lines are set. The Washington Nationals are the favorite to win the World Series, according to the Vegas oddsmakers, mostly because of a starting pitching rotation that was already stellar, and then added free agent Max Scherzer to the mix this off-season (for a cool $210 million). You may have heard the Chicago Cubs went on a little spending spree, too, as they nabbed respected manager Joe Maddon and ace starter Jon Lester, whom Chicago signed to a six-year, $155 million contract. (Lester lost to the St. Louis Cardinals on Sunday night.) Sticking with the big contracts: the Miami Marlins signed power hitter Giancarlo Stanton to the richest deal in sports history, 13 years, $325 million. And the Yankees’ Alex Rodriguez, who turns 40 in July but will still make $22 million, returns from his PED sabbatical.

These (ridiculously rich) players and teams are worth watching. But for fans, a more pressing issue will unfold in 2015: baseball’s efforts to finally hurry up its act. The average time of a nine-inning Major League Baseball game in 2014 was three hours and two minutes, up from 1999 (two hours and 54 minutes) and way above 1981 (two hours and 33 minutes). The increase is the result of additional pitching changes–due to the rise of specialist relievers–and hitters spending more time square dancing in and out of the batter’s box.

That languorous pace hasn’t helped America’s pastime attract younger fans–one reason that new MLB Commissioner Rob Manfred has made faster play a priority. As 2015 season begins, hitters will be generally required to keep one foot in the batter’s box. And a stadium clock will count down the time between innings: a two-minute, 25-second break for locally televised games, and a two-minute, 45-second break for national ones.

Playing fast has its perks: just look at those World Series favorites, the Washington Nationals, in the graphic above. In 2014, Washington fell in the “quick and painless quadrant”—the Nats played relatively quick games, and won a lot. The Los Angeles teams, on the other hand, took their time. Sure, both the Dodgers and Angeles won their divisions in 2014. But do they have to play like traffic on the 405?

At least one star player has griped about the new rules. “I call that bullsh-t,” Boston Red Sox slugger David Ortiz said during spring training about the batter’s-box policy. No, Big Papi, that’s progress. Baseball can’t afford to bleed any more fans. Hurry up, already. 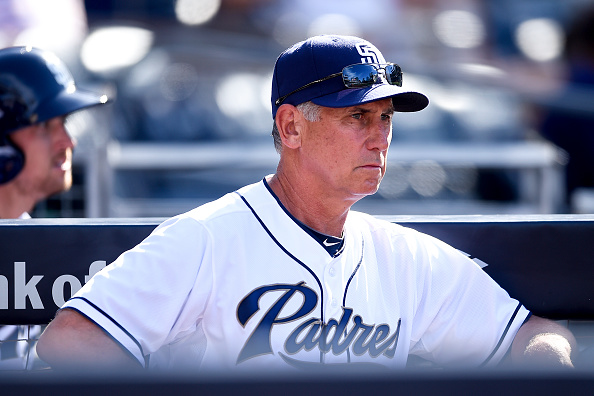 Your Guide to the Biggest Opening Day Feast in Baseball History
Next Up: Editor's Pick