Mallika Chopra on How to Live With Intent

Mallika Chopra knows a thing or two about purpose. As the daughter of spirituality guru Deepak Chopra, she’s been steeped in questions of purpose, fulfillment, and enlightenment for her entire life. In her new book, Living With Intent, she breaks down the differences between intents and goals, and opens up about how becoming a mother helped her live a more purposeful life.

“Living with intent is living a life that is healthy and purposeful, but also joyful,” Chopra says. “It’s asking ourselves what will make ourselves happy. Intents come from our soul, whereas goals come from our mind.”

Chopra is also the founder and CEO of Intent.com. In her book, she outlines the six parts of what she calls the “journey” to intent: Incubate (“quiet your mind”), Notice (“look for signs”), Trust (“confidence in your inner knowing”), Express (“write down your intentions”), Nurture (“be gentle with yourself”), and Take Action (“set short-term goals.”) Finding intent, Chopra writes, is about asking yourself three main questions: Who am I? What do I want? How can I serve? The answers, she says, may be very different from what you might expect.

During her childhood, Chopra’s father was always surrounded by celebrities seeking his spiritual guidance. (Chopra specifically remembers Michael Jackson hanging around.) “By nature, I always was a very ambitious person, and my entire teenage years were formed by being around not only successful people, but the most successful people,” she says. “People would come to my father for different reasons, but at some level they came because they were suffering. We got to see the distinction between the external and the internal.”

But being surrounded by hyper-successful people put the young Chopra under a lot of pressure. She says she used to wonder “am I doing enough, what more should I be doing, should I be more successful?” Ultimately, she realized, grand ambitions weren’t anymore purposeful than humbler ones. “The more I listened to what my intents are and what I wanted, the more I realized that the universe doesn’t even need something grand and huge from me: if I’m serving my family, that’s okay.”

“Ultimately when I ask myself what makes me happy, it’s often very different from all the external expectations people have,” she says. “We don’t have to be the superhero, but we can do great things in our everyday lives.”

Motherhood was a turning point for Chopra’s journey to intent. She was five months pregnant on September 11, 2001, a day her mother, father and brother were all scheduled to fly on different flights. There were a few hours when the family thought her brother might have been on one of the planes that flew into the World Trade Center. Although her brother was ultimately safe, she was shaken by the experience. She asked herself: “Who am I, what do I come from, and what do I want to do with my life? What do I want to teach my children?”

Chopra said motherhood helped her answer some of those questions. “In many ways it helped define what I wanted to do with my life,” she says. “It gave me a sense of security.”

But intent doesn’t have to be all about meditation and soul-searching. Ultimately, it’s supposed to be fun. “It’s still about being joyful and happy and free,” Chopra says. “We don’t have to be so serious about the whole thing.” 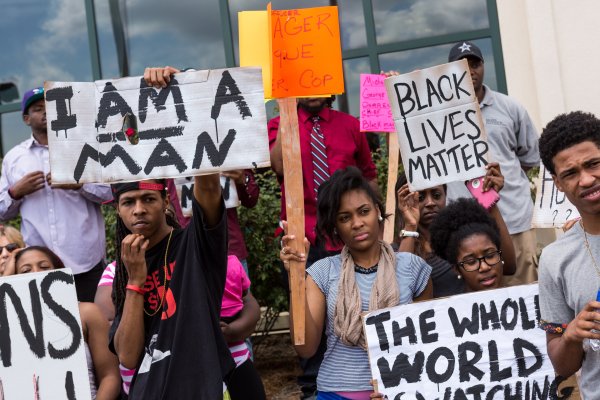 Philadelphia Police Commissioner: This Is a Defining Moment for Our Profession
Next Up: Editor's Pick