Giuliana Rancic Says Zendaya Remark Was Edited Out of Context

E! Fashion Police co-host Giuliana Rancic appeared on the Today Show Monday to claim controversial remarks she made about Disney Channel star Zendaya’s decision to wear dreadlocks to the 2015 Oscars had been edited out of context.

Rancic was publicly condemned after making an joke about the actress’ hair during the Oscars red carpet, stating that it must have smelled like “patchouli” and “weed.” After Zendaya and Fashion Police co-hosts denounced Rancic’s joke as racist, Rancic apologized and vowed to use it as a learning experience.

But Rancic explained on Today that she also believes that the clip had been edited by E! to be more controversial than it was intended.

The Wrap obtained the full, unedited script of the show and confirmed that editing had taken place that would have “clarified that there was no racial intent.” Before Rancic made the “patchouli” comment, co-host Kathy Griffin asked if Zendaya was “going on tour with The Grateful Dead this summer?”

Rancic told Today, “I see why people took offense. I thought that the joke was not edited in the proper way and that’s just something that I have to live with. But it’s very important for me to get out there and tell the real story and I would have that moment.”

Rancic also opened up about her oft-remarked-upon weight loss. “I do not have an eating disorder,” Rancic said, attributing much of her weight loss to medication for breast cancer, for which she was treated in 2011. “In fact I eat a lot. People say eat a burger. I eat burgers. It’s not working.” 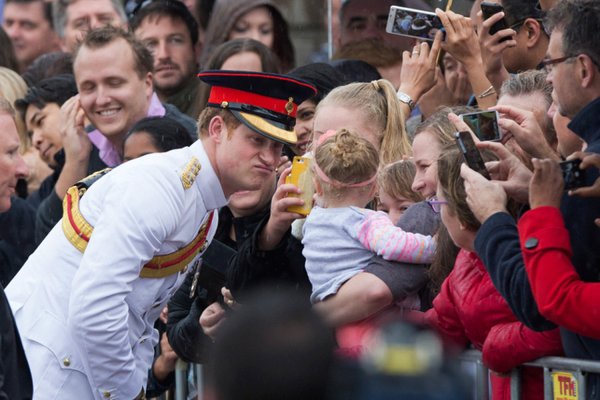 Prince Harry Does Not Want to Take a Selfie With You
Next Up: Editor's Pick