Given how whitewashed this summer’s blockbusters look — from The Avengers to Jurassic World — it’s no surprise that audiences rushed to see Furious 7 this weekend, which grossed a whopping $385 million internationally. People want to see characters who look like them represented in the movies, and Fast & Furious is currently the only major action franchise that boasts a truly diverse cast.

In any other series, a handsome white guy like Paul Walker would be the sole hero. With the baby blues of Daniel Craig and a six-pack like Channing Tatum, he looks the part — it was a piece of what made him such a bankable star in the years leading up to his death. And ostensibly, Walker was the star of the first two films. But by the fifth installment, he was just one of an impressively diverse entourage that included an Italian-American man, a Japanese man, two black men, a Latino woman and an Israeli woman.

Yes, as it turns out, women can drive fast too. Fast & Furious has been surprisingly progressive when it comes to gender equality. Letty throws a punch as hard as Dominic. And when we meet an attractive female hacker (played by Game of Thrones’ Nathalie Emmanuel) in the latest installment, one male character is quick to admonish another who assumes that only nerdy boys can be programmers.

Casting a wide range of actors in the films has paid off handsomely for Universal. The film set a franchise-best record this weekend by pulling in a diverse audience. According to the Hollywood Reporter, 75% of the North American audience for Furious 7 was nonwhite. Hispanics — who go to the movies more than any other ethnic group, according to the Motion Picture Association of America — made up 37% of ticket buyers, followed by Caucasians (25%), African Americans (24%) and Asians (10%).

The international cast and global shooting locations — in this film, the characters makes stops in L.A., the Dominican Republic, Japan, Abu Dhabi and London — have also drawn a massive global audience. The movie set records for the biggest opening weekend of all time in 26 countries, including Mexico and Taiwan.

Fast & Furious isn’t the first film to discover how lucrative global appeal can be — Pacific Rim exceeded expectations globally in 2013 thanks to a diverse cast that included Idris Elba and Rinko Kikuchi along with Charlie Hunnam. But it is the first franchise to capitalize on it on a massive scale.

Of course, diversity isn’t the only reason the Furious series is a hit. In each film, the stunts get more ridiculous — the latest is crashing a flying car through three different high-rises. The films have fully embraced a sense of fun and irony (see: Dwayne “the Rock” Johnson flexing his arm to break a cast) at a time when superhero movies seem to be getting ever more dark and serious. And plenty of fans sped to the theater to see how the series would treat the real-life death of Paul Walker. (For the record: they pulled off a moving tribute.)

But while these elements may make the series a hit, it’s the diverse range of perspectives that make it a bona fide phenomenon. That point may be obvious to anyone who followed the skyrocketing viewership numbers of Empire, a Fox drama that focuses on a black hip-hop mogul and his family, on TV this spring. But studios tend to be slow on the uptake when it comes to casting. Let’s hope they take notice and use Furious 7 as a model for future action franchises.

Read next: Review: In Furious 7, Gravity Is for Wimps 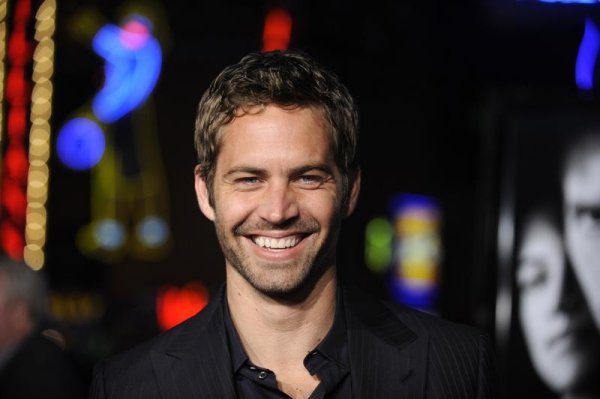 These Charts Show How Furious 7 Made Box Office History
Next Up: Editor's Pick