Paul Walker's Brother: 'Paul Would be Proud' of Furious 7

Cody Walker believes his big brother would have given Furious 7 his stamp of approval.

The 26-year-old younger brother of actor Paul Walker, who died in a car crash in November 2013 at 40, opened up about feeling anxious before seeing Furious 7 for the first time at the Hollywood premiere Wednesday.

“I wasn’t nervous to see it. I was more anxious to see how it turned out,” he tells PEOPLE of the latest installment in the Fast & Furious franchise, which starred his older brother up until his death.

“It’s bittersweet, but I think Paul would be proud,” he says.

The premiere evening turned into an emotional tribute to Paul as family and cast members toasted the late actor’s legacy with heartfelt speeches, anecdotes and photos during the evening.

Vin Diesel, 47, who starred alongside Paul throughout the Furious saga, preceded the screening with a tearful speech, telling the audience: “This movie is more than a movie.”

He went on to say, “You’ll feel it when you see it. There’s something emotional that happens to you, where you walk out of this movie and you appreciate everyone you love because you just never know when the last day is you’re gonna see them.”

In the wake of Paul’s death, Cody – who was also joined by his brother Caleb, 37, at the screening – felt a strong connection to the cast while they pushed forward with the 7th movie. The look-alike brothers even filled in as body doubles for Walker’s unfinished scenes.

“I’ve known them for the last 15 years, but not at this level,” says Cody of the film’s longtime cast and crew.

“I’ve just tripled my family in the last year. It does feel like family,” he says.

Not only can he say with confidence that his brother would have been proud of the final product, Cody, too, walked away feeling satisfied.

“I’m so happy with it. It was just so tastefully done,” he says, “and a great ending after everything.” 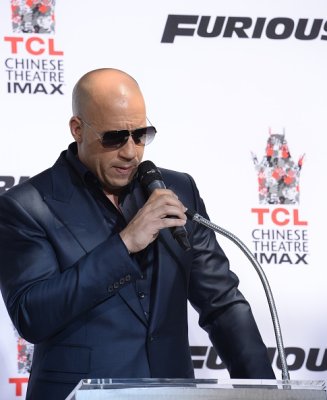