Traevon Jackson #12 of the Wisconsin Badgers handles the ball against Tyler Ulis #3 of the Kentucky Wildcats in the second half during the NCAA Men's Final Four Semifinal at Lucas Oil Stadium on April 4, 2015 in Indianapolis, Indiana.
Streeter Lecka—Getty Images
By Victor Luckerson

Though there’s an ever-growing list of streaming services aiming to bring live television online, there are still plenty of kinks to work out. That was apparent Saturday night when Dish Network’s livestreaming service Sling TV suffered outages during the Final Four men’s college basketball matchups.

As Duke battled Michigan State and Wisconsin squared off against Kentucky, some users weren’t able to reliably watch the games on Sling TV, which carries TBS, TNT, ESPN and a handful of other live channels for $20 per month. The Wisconsin-Kentucy had the highest TV ratings for a Final Four game in 22 years, so it’s no surprise that Sling was getting hammered during the broadcast.

Sling TV CEO Roger Lynch told Re/code that the issues only affected about 1,000 users. Re/code earlier reported that Sling had signed on more than 100,000 users in its first month available.

The Sling TV errors come after similar hiccups during HBO’s stream of the season premiere of Game of Thrones last April and ABC’s livestream of the Oscars earlier this year. Web TV is finally here, but it’s still got a ways to go to achieve the reliability of cable during big events. 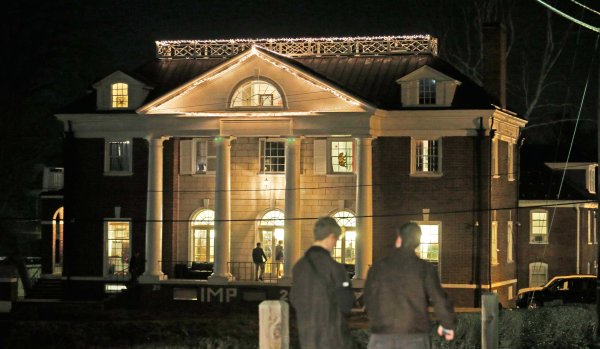 4 Takeaways From the Report on Rolling Stone’s UVA Rape Story
Next Up: Editor's Pick