David Lynch at the opening of his exhibition: Between Two Worlds at Gallery of Modern Art (GOMA) in Brisbane, Australia, on Mar. 13, 2015.
Glenn Hunt—Getty Images
By Daniel D'Addario

There’s nothing that entertainment executives think fans want more than a TV reunion. Bringing back a familiar property, years or decades after the initial run, not only allows fans more time with their favorite characters, but takes up a slot on the development slate that would otherwise need to be filled by an original property. But, as David Lynch’s departure from the planned Twin Peaks revival shows, there’s more to a reunion than gathering familiar cast members and hoping the magic starts once the camera rolls. It’s difficult to recapture the magic not just for lofty hypothetical reasons, but for boring, pragmatic ones, too.

Lynch, the film director whose creative vision made Twin Peaks a TV sensation in the 1990s, announced on Twitter that he was unable to come to terms with Showtime on a budget for the show, which has yet to begin filming. He left it unclear whether or not the show will still go ahead, but it’s a vexed choice for Showtime: No show at all, or one without the creative engine that made the show work. Lynch, in departing the series, made explicit what always seems implicit in TV show reboots: That they’re designed to be cheap and quick ratings hits, and often lack creative motivation.

Consider Arrested Development. The beloved Fox sitcom, which wrapped up fairly conclusively in 2006, was brought back for a reunion season on Netflix in 2013 that, due to constraints on cast members’ schedules, was largely lacking in the sort of ensemble interaction that had made the show so great in the first place. The 2008 Sex and the City movie was held up, reportedly by budget disputes, until after the franchise had lost a bit of heat; the final product was forced to overstuff plot contrivance and elide subtler interactions by the studio’s desire to mega-size the movie’s box office. Even the reported Netflix Full House revival in the offing, already an example of a less-expensive property being revived simply to turn around a quick buck, is said to focus on Candace Cameron Bure’s single lead character rather than the whole, pricey clan. The only TV reunions that have worked in recent years were ones done in a studiously low-key manner and with all creative team members on-board: The Seinfeld cast all popping up on Curb Your Enthusiasm, or the creator and cast of The Comeback coming back for a second season weighed down by no ratings expectations.

If there were a compelling reason for Twin Peaks season 3 to exist, surely Lynch and Showtime could have come to some concord; after all, it’s in the network’s interest to keep the show’s mastermind on board. But there was, of course, no idea underpinning bringing back Twin Peaks other than that a new Twin Peaks could get attention and viewers. Lynch didn’t find the project compelling enough as a continuation of his work to try to find a way to make it work on a lower budget, or Showtime didn’t find it compelling enough as anything but sensational headline to fund it more robustly, or both. Either way, it’s a bad sign for what might have, in a perfect world, been something other than just another unnecessary reboot. 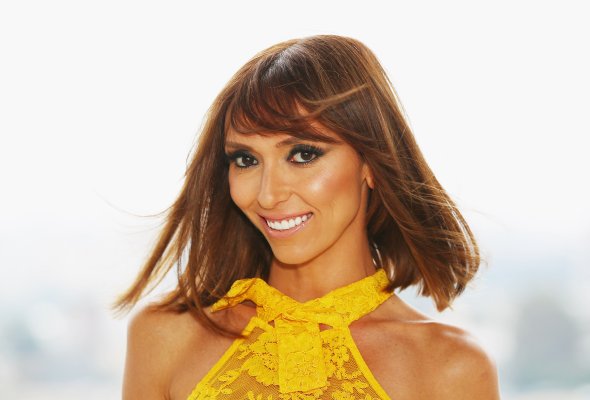 Giuliana Rancic Says Zendaya Remark Was Edited Out of Context
Next Up: Editor's Pick