The Enduring Importance of the Last Man on the Moon

Good times: Gene Cernan (left) and crew mate Ron Evans, during the Apollo 17 mission, photographed by crew mate J
NASA
Ideas
By Jeffrey Kluger
Jeffrey Kluger is Editor at Large for TIME magazine and the author of ten books, including Apollo 13, Apollo 8 and two novels for young adults. He has written more than 40 cover stories for TIME on topics ranging from space to human behavior to climate to medicine. Along with others at TIME, Kluger is an Emmy nominee for the web series A Year in Space.

Real astronauts never say goodbye. At least, not the way you’d think they would before they take off on a mission that could very well kill them. They’re good at the quick wave, the hat tip, the catch-you-on-the-flip-side wink. But the real goodbye—the if I don’t come home here are all the things I always wanted to say to you sort of thing? Not a chance.

But Gene Cernan, commander of Apollo 17, tried to split the difference—as a scene in the new documentary The Last Man on the Moon sweetly captures. Before Cernan headed off for his first trip to the moon, the Apollo 10 orbital mission, which was the final dress rehearsal for the Apollo 11 landing a few months later, he mailed his young daughter Tracy a letter. It was written on the fragile onion skin that was air mail stationery, back in the era when the very idea of air mail carried a whiff of exotic distance.

Cernan was a young man when he wrote the letter in 1969, and is a much older man, at 81, when he returns to it in the film. “You’re almost too young to know what it means to have your Daddy go to the moon,” he reads aloud, “But one day, you’ll have the feeling of excitement and pride Mommy and Daddy do. Punk, we have lots of camping and horseback riding to do when I get back. I want you to look at the moon, because when you are reading this, Daddy is almost there.” If the Navy pilot who once landed jets on carrier decks and twice went to the moon mists up as he reads, if his voice quavers a bit, well what of it?

As the title of the movie makes clear, Cernan was the last of the dozen men who set foot on the moon, and the 24 overall who journeyed there. No human being has traveled further into space than low-Earth orbit since Cernan climbed up the ladder of his lunar module in December of 1972, closed the hatch and headed for home. That makes it a very good time for a movie that can serve as equal parts biography, reminiscence and, yes, cultural reprimand for a nation that did a great thing once and has spent a whole lot of time since trying to summon the resolve, the discipline and the political maturity to do something similar again.

The Last Man on the Moon, which premiered at Austin’s South by Southwest festival in March and was later shown at the Toronto Film Festival, had a long provenance, beginning eight years ago when director Mark Craig, who had read Cernan’s book, requested an interview. Cernan agreed and six months later Craig got back in touch and said he wanted to make a movie based on his memoir.

“My first answer was, ‘Who would be interested in a movie about me?'” Cernan tells TIME. The answer he got impressed him: “This movie is not going to be about you.” It was, instead, going to be about the larger story.

That story, as Cernan and Craig came to agree, would be about the lunar program as a whole and the up-from-the-farm narrative of so many of the men who flew in it, as well as the random currents of fortune that saw some those men make it from terrestrial soil to lunar soil, while others perished in the violent machines that were necessary for them to make those journeys.

So we see the wreckage of the jet that killed astronauts Charlie Bassett and Elliott See, the prime crew for the 1966 Gemini 9 flight, an accident that required backup pilots Tom Stafford and Cernan to go in their place. We see Gemini 9 unfold, a mission that could have claimed Cernan too. The absence of handholds on the spacecraft and the poor state of knowledge about maneuvering in space left him whipping about at the end of his umbilical cord during his spacewalk, his visor blinding him with fog and his suit swelling so much in the surrounding vacuum that he could barely get back inside through the hatch.

We see, wrenchingly, Martha Chaffee, Cernan’s one-time neighbor and the wife of his close friend Roger—one of the three astronauts who died in the Apollo 1 fire in 1967—describing the moment she learned the terrible thing that had happened to her husband. “That evening, January 27th, a Friday, I was giving my kids hot dogs,” she says, fighting back tears these 48 years later, “and somebody said there’d been an accident. So when Mike Collins came to the door, I knew, I knew, I knew right away. I said, ‘I know, Mike, but you’ve got to tell me.’ And he did.”

Cernan is philosophical about the deaths—losses as inevitable as the very physics of space travel—and sees neither plan nor order in them. “I went to the cemetery at Arlington and I see Charlie’s and Roger’s headstone and say, ‘Why them, not me?'” he says. “Fate. Fate picked Neil [Armstrong] to be first on the moon, not [head astronaut] Deke Slayton. The point is, here we are, so what do we do with it?”

What Cernan has decided to do with it, in the ninth decade of his life, is tell the story of where America went before, make the case for going again and, importantly, remind children that while not every life mission involves going to the moon, each requires the same ferocious focus and commitment. He knows—perhaps immodestly, but surely accurately—that that message carries a special resonance when it comes from the likes of him.

“I realize that I’m the last man on the moon and that the more of us who leave this Earth permanently the more we’re appreciated,” he says. “I want to inspire a young kid to dream about being a doctor, a teacher an engineer, a scientist. I want that young kid to believe he could do things other people said he couldn’t, wouldn’t do.”

Yes, that’s a message American kids are bottle-fed almost from birth. But when it’s spoken by a man who lived on the moon for three remarkable days, who would come inside from work in the evening, shake the lunar dust off his suit, smell its strange gunpowder scent, then go out the next morning and leave prints that endure on the windless lunar surface to this day, it’s something else entirely. Cernan, last among the moonwalkers, may be first in the enduring good he does with the journeys he made.

Correction: The original version of the photo caption accompanying this story, using information from NASA, misidentified the astronaut on the right. He is Ron Evans. 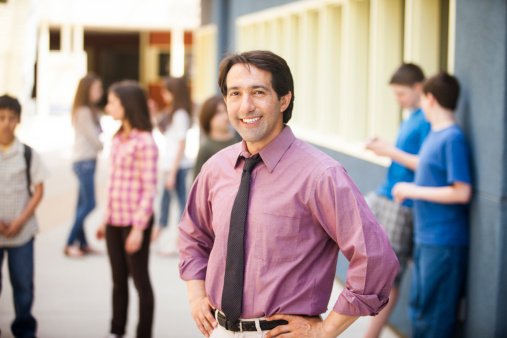 Five Best Ideas of the Day: April 6
Next Up: Editor's Pick