DuckTales, originally released in the late 1980s and 1990s, was one of the best adventure games ever. Now, it’s been remastered for iOS — which means no more crummy, hard to see graphics. Take Scrooge McDuck on a string of journeys through dangerous terrains, traps and maps until you find your treasure. It’s an expensive game, but it’s a small price to pay for reliving one of the best games ever developed – or discovering it for the first time.

DuckTales: Remastered is available for $9.99 in the App Store

Imagine Mad Max, but instead of fighting other humans, you’re battling an army of skeletons. Clobber your way through various maps and destroy your enemies. Despite the fact that Hellrider follows the basic arcade game principle of running through levels and smashing enemies to bits, the game is remarkably designed and never gets boring.

Hellrider is free in the App Store

Until the day Nintendo decides to get launch a full suite of titles for iOS, games like Tiny Dangerous Dungeons will have to do. Take your character (who is wearing a suspiciously Mario-like outfit) through spooky arenas and over obstacles until you reach the end of each level. There’s not much enemy-fighting in this one, which is why it’s so endearingly like games of yesteryear, down to the blocky graphics and monochrome display. It’ll look really cool on your iPhone screen.

Tiny Dangerous Dungeons is free in the App Store

Unlike almost every puzzle game, Last Voyage is a strange quest through time and space. One moment you’re solving something that looks more like a Rubik’s Cube, and the next, you’re racing from chapter to chapter and beaming around stars at warp speed. The puzzles are almost impossible to solve, but it’s incredibly rewarding once you unlock the next stage. Though the graphics are basic, games like Last Voyage are bringing a new level of complexity to the realm of iOS puzzle games.

Last Voyage is available for $0.99 in the App Store

A game that looks like it could be turned into a Cartoon Network show, Phil The Pill is the story of a character who must restore order to his once peaceful universe of strange animated characters. Enemies have invaded Phil’s village, and it’s up to him to fight his way through alleyways and mazes in order to liberate his town’s princess and free his fellow citizens from invaders.

Phil The Pill is free in the App Store 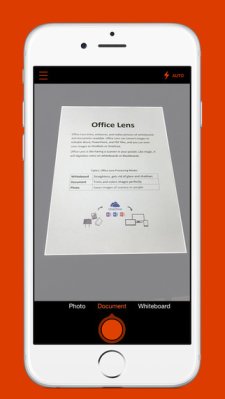 One of Microsoft's Best Apps Is Now on iPhone and Android
Next Up: Editor's Pick