Rolling Stone magazine on Sunday officially retracted a story about a gang rape at a University of Virginia fraternity house that drew national attention to the issue of campus sexual assault, apologizing to readers after an external report faulted the reporting, editing and fact-checking of the now discredited piece.

The story of a gang rape suffered by a student the magazine called Jackie sparked outrage and put the university and the Phi Kappa Psi fraternity on the defensive. But it was quickly cast into doubt by reporting from the Washington Post and others that noted key inconsistencies. In March, Charlottesville police said they were “not able to conclude to any substantive degree” that the incident had occurred.

“We would like to apologize to our readers and to all of those who were damaged by our story and the ensuing fallout, including members of the Phi Kappa Psi fraternity and UVA administrators and students,” Rolling Stone managing editor Will Dana wrote in a note accompanying the release of a Columbia School of Journalism autopsy on the story. “Sexual assault is a serious problem on college campuses, and it is important that rape victims feel comfortable stepping forward. It saddens us to think that their willingness to do so might be diminished by our failings.”

“I want to offer my deepest apologies: to Rolling Stone’s readers, to my Rolling Stone editors and colleagues, to the UVA community, and to any victims of sexual assault who may feel fearful as a result of my article,” she said in a statement. “Reporting on rape has unique challenges, but the journalist still has the responsibility to get it right. I hope that my mistakes in reporting this story do not silence the voices of victims that need to be heard.”

Here are four takeaways from the Columbia School of Journalism report:

The story was a “journalistic failure that was avoidable”
The report faulted failures in reporting, editing, editorial supervision and fact-checking. Dana called it an “individual failure” and a “procedural failure, an institutional failure … Every single person at every level of this thing had opportunities to pull the strings a little harder, to question things a little more deeply, and that was not done.”

The desire to “believe the victim” played a key role
The report notes that even the magazine’s editors and Erdely “have concluded that their main fault was to be too accommodating of Jackie because she described herself as the survivor of a terrible sexual assault.

“Social scientists, psychologists and trauma specialists who support rape survivors have impressed upon journalists the need to respect the autonomy of victims,” the report said, “to avoid retraumatizing them and to understand that rape survivors are as reliable in their testimony as other crime victims.”

Doubts quickly mounted internally after publication
The editors knew that Jackie had refused to identify the lifeguard she said led her to the attack, and allowed Erdely to go ahead with the story anyway without knowing the lifeguard’s name or “verifying his existence.” After the story was published, Erdely again asked Jackie to name the lifeguard, but she couldn’t spell his last name. “An alarm bell went off in my head,” Erdely said. “How could Jackie not know the exact name of someone she said had carried out such a terrible crime against her — a man she professed to fear deeply?”

Don’t expect heads to roll
The report said the magazine’s top editors are “unanimous in the belief that the story’s failure does not require them to change their editorial systems.

“It’s not like I think we need to overhaul our process, and I don’t think we need to necessarily institute a lot of new ways of doing things,” Dana said. “We just have to do what we’ve always done and just make sure we don’t make this mistake again.” 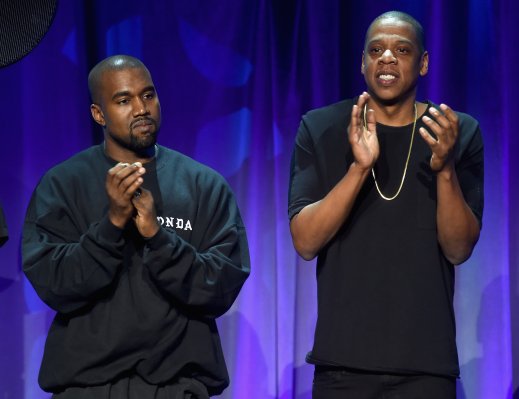 How Sprint Could Help Tidal Actually Succeed
Next Up: Editor's Pick