Andrew Harrison, a guard on the University of Kentucky men’s basketball team, apologized on Sunday for using a racial slur to describe an opponent in a news conference one day earlier.

Harrison, whose previously undefeated Wildcats were eliminated from the NCAA Final Four on Saturday in a stunning upset by the Wisconsin Badgers, could be heard quietly mumbling “F-ck that n—-” in reference to Wisconsin star Frank Kaminsky, ESPN reports.

He backed away from that comment early Sunday morning in a series of tweets, saying it was meant “in jest.” Harrison also said he called Kaminsky to apologize and wish him luck ahead of Wisconsin’s championship game Monday night against Duke.

Read next: No Cheers for Indiana 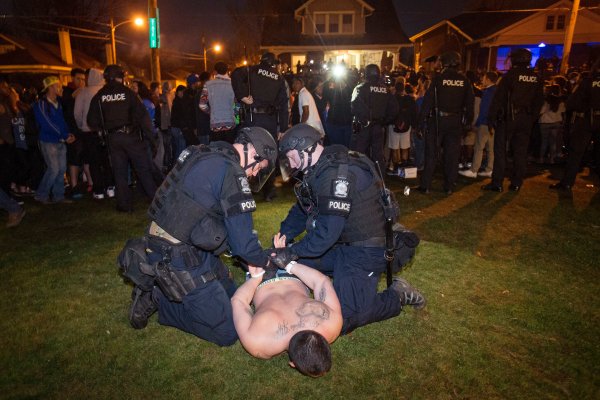 31 Arrested in Kentucky After Wildcats Fall in Final Four
Next Up: Editor's Pick