Former Cuban president Fidel Castro talks to a delegation of Venezuelans in Havana on March 30, 2015.
Cubadebate/Estudios Revolucion/Reuters
By Noah Rayman

Official media released images of Castro on Saturday, showing him meeting with a group of visiting Venezuelans last Monday. The images show Castro, wearing a baseball cap and windbreaker, shaking hands from inside a vehicle. It was unclear why the visit at a Cuban school was not reported earlier.

Castro hadn’t appeared in public since well before President Barack Obama and Castro’s brother, President Raul Castro, moved to normalize relations between the two countries in December. Obama and Raul Castro are expected to meet in person at the Summit of the Americas next week.

According to the Cuban media report, the former president, 88, was “full of vitality.” 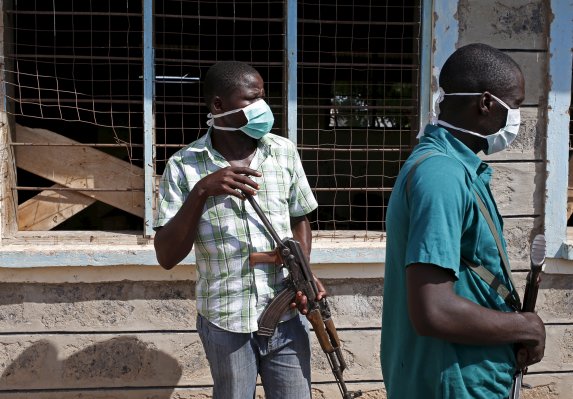