The Somali terror group behind Thursday’s deadly assault on a Kenyan college campus threatened a “long, gruesome war” against the country, according to a media report on Saturday.

Reuters reports that it received an emailed statement from al-Shabaab that said Kenya’s cities would run “red with blood.”

In a televised speech on Saturday, Kenyan President Uhuru Kenyatta said Kenya would “do everything to defend our way of life,” and vowed not to allow al-Shabaab to create an Islamic caliphate in Kenya, according to Reuters. The President also declared three days of national mourning.

The Somali-based al-Shabaab claimed responsibility for the attack, and in the statement to Reuters said it was in retribution for Kenya’s participation in the African Union-led fight against the group in Somalia and for mistreatment of Muslims in Kenya. The group was also responsible for the siege of an upscale shopping mall in Nairobi that left 67 people dead.

“No amount of precaution or safety measures will be able to guarantee your safety, thwart another attack or prevent another bloodbath from occurring in your cities,” the group said, according to Reuters. “This will be a long, gruesome war of which you, the Kenyan public, are its first casualties.” 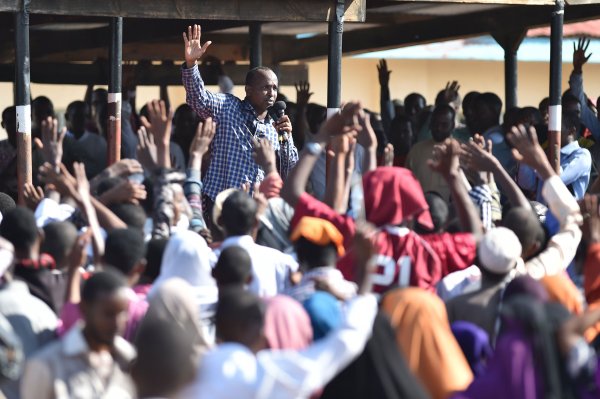 Grief Turns to Anger in Kenya
Next Up: Editor's Pick