Arizona Teen Walks Away From Wreck After Flipping Car Off Cliff

The driver involved in the accident was trapped under the overturned vehicle for approximately four hours until firefighters were able to extricate her on April 1, 2015.
Photo courtesy of the Strawberry Fire Department
By Eliana Dockterman

A 16-year-old girl in Arizona survived her car turning off a cliff, flipping over and trapping her for four hours with only minor injuries.

The woman was driving with her two friends when she sped too quickly around a turn, careening the car off the edge of a precipice, according to local news site KPHO. The car fell upside down, on top of them.

The car fell at such an angle that the hood was able to protect the girls from being crushed. The two passengers were able to escape within the hour, but the driver was stuck. The driver was airlifted to a hospital after four hours.

Police say there were no signs indicating any of the girls had consumed drugs or alcohol before the accident. 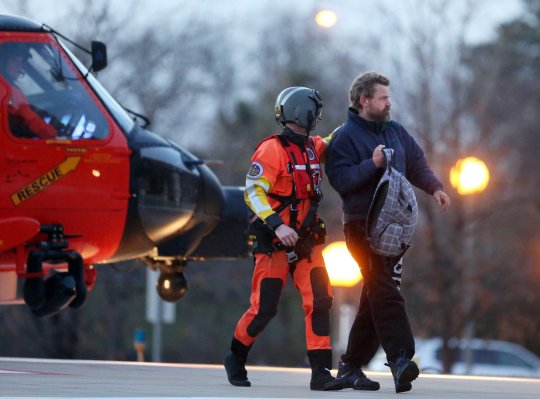 Man Rescued After Spending 66 Days Adrift at Sea
Next Up: Editor's Pick