For years, George R.R. Martin hasn’t even been able say he’s going out for a taco without impatient fans crying, “Finish the book, George!”

But with the upcoming fifth season of HBO’s Game of Thrones expected to catch up to many of the storylines in his A Song of Ice and Fire saga, the author has started telling himself: You know what? It’s really time to finish that book…

Having The Winds of Winter published before season 6 of Thrones airs next spring “has been important to me all along,” says the best-selling New Mexico author. “I wish it was out now. Maybe I’m being overly optimistic about how quickly I can finish. But I canceled two convention appearances, I’m turning down a lot more interviews—anything I can do to clear my decks and get this done.”

In one intriguing new wrinkle, Martin says he just came up with a big, revealing twist on a long-time character that he never previously considered. “This is going to drive your readers crazy,” he teases, “but I love it. I’m still weighing whether to go that direction or not. It’s a great twist. It’s easy to do things that are shocking or unexpected, but they have to grow out of characters. They have to grow out of situations. Otherwise, it’s just being shocking for being shocking. But this is something that seems very organic and natural, and I could see how it would happen. And with the various three, four characters involved… it all makes sense. But it’s nothing I’ve ever thought of before. And it’s nothing they can do in the show, because the show has already—on this particular character—made a couple decisions that will preclude it, where in my case I have not made those decisions.”

Martin does have one other previously undisclosed project on his plate, but it’s not one that will take up too much of his time. We can exclusively reveal that the author is developing a new series at HBO called Captain Cosmos. The pitch: “At the dawn of the age of TV in 1949, a visionary young writer creates a science fiction series that tells stories no one else will dare to tell.” The pilot is being written by Michael Cassutt (Z Nation).

Looking back, Martin says his one regret is not plowing ahead intoWinds after finishing 2011’s A Dance with Dragons.

“I was red hot on the book and I put it aside for six months” he says. “Iwas so into it. I was pushing so hard that I was writing very well. I should have just gone on from there, because I was so into it and it was moving so fast then. But I didn’t because I had to switch gears into the editing phase and then the book tour. The iron does cool off, for me especially.”

Asked to predict how Winds might compare creatively to previous entries in the series, Martin says he couldn’t begin to guess. “On Tuesday, I think it’s the greatest thing I’ve ever done,” Martin says. “On Wednesday, I think it’s all garbage and I should throw it all in the fire and start again.” 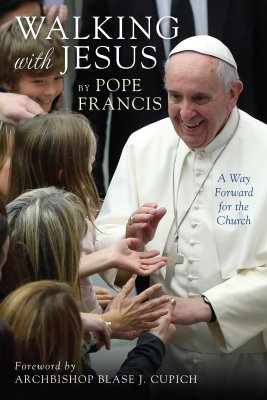 7 Inspirational Messages From Pope Francis for Easter
Next Up: Editor's Pick