On Thursday morning, a pot-bellied pig that escaped from its pen overnight wandered into the parking lot of a Burger King in Boswell along U.S. Route 30, about an hour southeast of Pittsburgh, the Pittsburgh Tribune-Review reports.

Coincidentally, there was a two-for-$4 special on bacon, egg and cheese sandwiches going on, but it does not sound like the animal ate any of its own kind. Instead, it was fed hash browns by customers and tolerated some picture-taking before police arrived after the runaway pig also reportedly nipped a bystander’s foot, according to CBS Pittsburgh.

No word on whether any customers became vegetarian after their encounter with the pig. 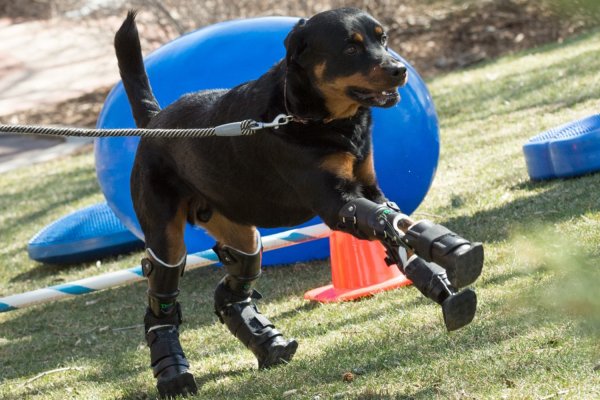 This Quadruple Amputee Rottweiler Looks So Happy Walking With His New Prosthetic Limbs
Next Up: Editor's Pick