How Birth Order Will Shape the New Royal Princess

You’re having some kind of week—what with labor and birth and the entire planet waiting for pictures of you so they can smile and swoon and make strange smoochy noises at the mere sight of you. It’s all good, and the last thing I want to be is the skunk at the monarchical picnic, but there’s one detail folks may have neglected to mention and you might as well learn about it now. His name is George—or Georgie as all those smoochy people call him—and he’s got plans for you.

The main problem with George is not that he’s third in line to the throne and you’re fourth. That just happens to be one of the downsides of your family business. The problem is one that’s familiar to the rest of us serfs and colonists: he’s the first born, and you’re not.

Your mom and your dad—lovely people, by all accounts—are no different from other parents when it comes to baby-making; they’re ruled by their genes and genes are greedy. The only thing they want is to be reproduced over and over and over again. That makes moms and dads want to have lots of babies, which is good, but they don’t treat all those babies exactly the same.

The first-born—Georgie in your case—gets a head start on food, attention, medical care, education and more. Before the second-born—you, in your case—even comes along, that makes the big sibling a better bet to survive childhood, grow up and have babies of his own, which makes the genes smile. In your family, of course, there’s plenty of food, money and other resources to go around, but back in the days of one of your many royal grandpas—let’s say Edward III, who had the rotten luck to be in office in 1348 when the black plague was making its rounds—surviving childhood wasn’t such a sure thing.

So moms and dads, who have already invested a lot of resources in the first born, tend to favor that child, with later ones getting what’s left over. Corporations call this sunk costs (you’ll learn about this at Eton). In the case of the monarchy, it’s called “an heir and a spare”—but you didn’t hear that from me.

This is an arrangement that suits that first product just fine, which is why big brothers and sisters tend to play by the rules. Your job—and the job of any littler royals who may come along after you—will be to try to upset that order. It’s why later-borns tend to be more rebellious and to take more risks than first-borns. You’ll be likelier to play extreme sports than big bro George. Even if you and he play the same sports, you’ll choose a more physical position—say, a catcher instead of a pitcher in baseball (which is a sport like cricket except the bat is thinner and the ball moves faster and there’s this thing called the infield fly rule and…never mind). In the event you ever become Ruler of the United Kingdom of Great Britain and Northern Ireland and of other Realms and Territories around the world—and a whole lot would have to go wrong in your family for that to happen, so don’t start getting measured for the cape yet—you’d be a more liberal, less conventional monarch than your big bro will be.

Later-borns are more inclined to be artists too, and if there is a comedian in the family, it’s likeliest to be the very last-born. This makes sense, since when you’re the smallest person in the nursery, you are in constant risk of getting clocked by someone bigger, so you learn to disarm with humor.

As you get older, other perils await—ones that are especially problematic for royal families. You don’t really know your grandpa Charles yet, but you’ll find he’s a pretty well-behaved guy (OK, there was the thing with grandmum Camilla, but that’s for him to explain to you). The same is true of your dad. How come? Because they’re both going to be king one day.

As for your Uncle Harry? Ask him about what he wears to Halloween parties (not good) or to play pool in Las Vegas hotel rooms (not much). And if he hasn’t always been the picture of royal reserve, well, neither have your great-grandpa Phillip or your great uncle Andrew. (One day, ask Uncle Andy about a special friend of his named Miss Stark—and if you really want to get a laugh, call her Auntie Koo.) That’s what comes from having lots of money, too much free time, and being really, really close to the throne but never getting to sit on it.

In fairness, it’s not just you royals who get up to mischief when a big sib is the star and you’re not. Something similar has happened here in the colonies. Ever heard of Donald Nixon or Billy Carter or Roger Clinton or Neil Bush? Probably not, but trust me, don’t be those guys.

None of this is for you to worry about yet. Even royal babies are just babies, so for now sleep in, fatten up and hang with mom as much as you can—especially if it keeps your dad away from her. Trust me, the middle-child gig is even worse. 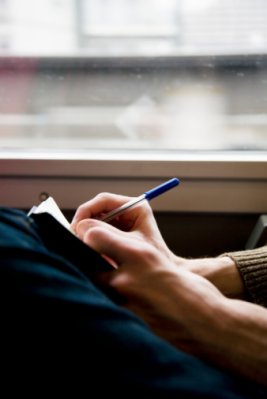 This Is the Key to Happiness, According to Psychotherapists
Next Up: Editor's Pick