A sign reading "I am Hypercacher, I am Charlie and I am police officer, we must resist" is placed among flowers outside the Hyper Cacher kosher supermarket near Porte de Vincennes in eastern Paris, on Jan. 10, 2015.
Yves Herman—Reuters
By Sarah Begley

Six people who were held hostage in a Paris supermarket and their families have filed a lawsuit against French media outlets, arguing that the live coverage revealed information that endangered their lives.

The station BFM and other networks revealed on air that an employee had hidden several people in the basement of the kosher market, Hypercacher, when the attack began, the AP reports. The suit says that if the gunman, Amedy Coulibaly, had heard the reports, the hostages would have been in even graver danger.

BFM did not immediately comment, according to the AP.

The Jan. 9 attack came just two days after terrorists opened fire on the offices of satirical newspaper Charlie Hebdo, killing 12. An additional four people were killed in the supermarket attack. 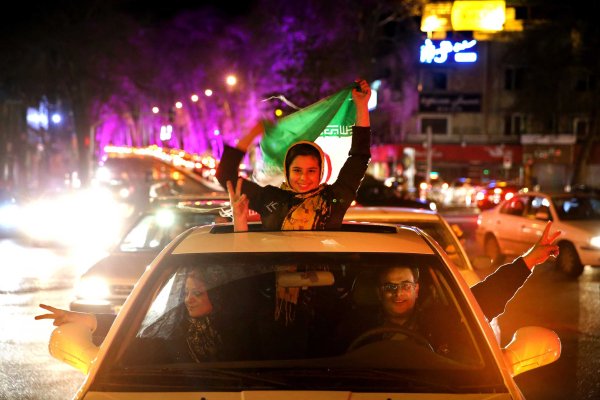 Iran Cheers Nuclear Deal, But Critics Worry About Details
Next Up: Editor's Pick