On Dec. 11, 1908, when Manoel de Oliveira was born, Teddy Roosevelt was the U.S. President, Mark Twain was still working on his autobiography, and sliced bread hadn’t been invented. D.W. Griffith had just begun directing the one-reelers that would define the visual vocabulary of motion pictures. The Portuguese filmmaker’s life, which ended April 2 at the astonishing age of 106, spanned virtually all of movie history, of which he was an important and unique part.

Simply surviving to his supercentenarian years would be achievement enough, but Oliveira remained active and vital — more active, more vital — as his age increased. He hit his stride in his 60s, with the 1972 drama Past and Present, and directed some 30 fiction features, and more than a dozen shorts, through his late maturity. In his unflagging 90s, he birthed at least a film a year. (Something to think about, Woody Allen.) He had a new one at last year’s Venice Film Festival: O Velho de Restelo, in which Don Quixote and some of his eternal friends meet to muse on modern life. And the miracle of Oliveira’s career is that the quality of his movies outstripped their quantity.

A mainstay for decades at the Cannes and Venice film festivals, Oliveira produced a series of sere delights — from Francisca in 1981 to The Cannibals, I’m Going Home, Voyage to the Beginning of the World and his last major beguiler, The Strange Case of Angelica, in 2010 — often with such top international stars as Marcello Mastroianni, Michel Piccoli, Catherine Deneuve and John Malkovich. A major exponent of what might be called magical minimalism, Oliveira plumbed the mysteries of love, the miseries of aging and heartbreak, with the cinematic elegance of an old, old master.

Manoel Cândido Pinto de Oliveira was born in Porto, Portugal, to a family of landowners and industrialists; his father Francisco produced the country’s first electric light bulb. He worked on his first film project, never completed, in 1927, the year of The Jazz Singer. His directorial debut came in 1931 with Douro, Faina Fluvial (Working on the Douro River), a 20-min. poetic documentary panorama of dockside life in his home town. In 1942 he made his first fiction feature: the kid-gang drama Aniki Bobo, a kind of Mean Streets set in Porto.

The Salazar regime, which ruled Portugal from 1932 to 1968, was no fan of social realism. Following official criticism of the tough boys depicted in Aniki Bobo, Oliveira made no film of any length for another 14 years. His directorial ambitions on hold, he spent several decades managing the family business and running a vineyard owned by his wife. This disappointed but dogged bon-vivant was also an actor — appearing in the second Portuguese talking picture ever made — as well as a race-car driver who steered his Ford V8 Special to a win at the 1937 Estoril circuit rally.

Oliveira turned 60 the year Salazar fell from power, and began his filmmaking career in earnest with the 1972 Past and Present, a dark comedy about a serial widow who is faithful to all her dead husbands but tortures her current living spouse. He found international renown in 1982, when the obsessive love story Francisca charmed and wowed the Cannes crowds. His breakthrough film, if a director can have one of those when approaching 80, was The Cannibals in 1988. A gaily macabre epic in the style of fellow Iberian Luis Buñuel, the movie proceeds at a gentle lull for an hour, then explodes in a delicious orgy of artificial limbs, charred torsos and a family feast of roast viscount.

Oliveira’s films were never vivacious, exactly. He preferred a steady pace and gaze; the screen was not a window from a fast-moving train but a picture on a museum wall, suitable for extended contemplation. The average mall moviegoer might be baffled or sedated by his films’ tumid, dreamlike melancholy. Though nine of his films are available on Netflix, Oliveira’s work rarely reached U.S. theaters; it was too stately and refined (one might say “slow”) for general audiences. But given that measured pulse, alert audiences could find manifold treats and connections — like the scenes of Portuguese workmen, singing of the Douro River, that appear both in Oliveira’s first film and in The Secret Life of Angelica, 69 years later.

As befit his status, Oliveira made his share of old-man movies. In the 2001 I’m Going Home, Piccoli played an aging actor who has trouble summoning the energy for mediocre roles after his wife’s death, until he finally announces his retirement in the words of the film’s title. The 1997 Voyage to the Beginning of the World follows Marcello Mastroianni as a veteran director (also named Manoel) visiting his childhood home. In this simple fable about old age reconciling itself to memory and destiny, Mastroianni wore the wizened smile of a man who knows he is visiting his youth for the last time. This was indeed the grand Marcello’s last film — he died at 72 — but Oliveira went onto make dozens more.

Even his young-man movies showed an old man’s natural preoccupation with what comes next and what lies beyond. The protagonist of The Secret Life of Angelica, shown in Cannes when the director was 101, is a photographer named Isaac (played by Oliveira’s grandson Ricardo Trêpa), hired to take pictures of Angelica, a lovely, recently deceased blonde whom he finds her propped in a graceful pose on a chaise. As he snaps his photos, he thinks he sees Angelica smile at him. Developing the photos in his rented room, he sees her image move and smile again. She appears on his balcony and takes him for a flight through the night sky. Isaac’s landlady and her other boarders, noticing the photographer’s distracted, zombiefied air, don’t recognize the symptoms of an Oliveira protagonist: a man who needs to be unified with his immortal love, whatever the cost.

However dark or doom-laden his movies, Oliveira was a youthful, tonic presence at film festivals. In 2008, a few months shy of his 100th birthday, Oliveira showed up at Cannes for a screening of his 1931 Douro film. On hand were other directors, including 77-year-old Clint Eastwood, who was a year old when Douro premiered in Lisbon. Oliveira strode onstage brandishing a cane, but he used it less for support than as a jaunty prop — twirling it, pointing it at the cheering audience — as if he might break into a song-and-dance routine. Michel Piccoli was there to present an honorary Palme d’Or to the director who had never won the award in competition. “Finally,” Oliveira playfully exclaimed as he kissed the award, “I got one!”

His admirers on several continents would be forgiven for assuming he’d be around forever to challenge and amaze us with his annual new movie. (He may have left one for posterity, perhaps to be shown this year at Cannes.) They marveled at the vigor of an artist who remained a dapper gent and a star attraction — an ageless hero-auteur.

And on his arm was the filmmaker’s perennial leading lady: his wife, Maria Isabel Brandão de Meneses de Almeida Carvalhais, who survives him at 97. This Dec. 4 they would have celebrated their 75th wedding anniversary. 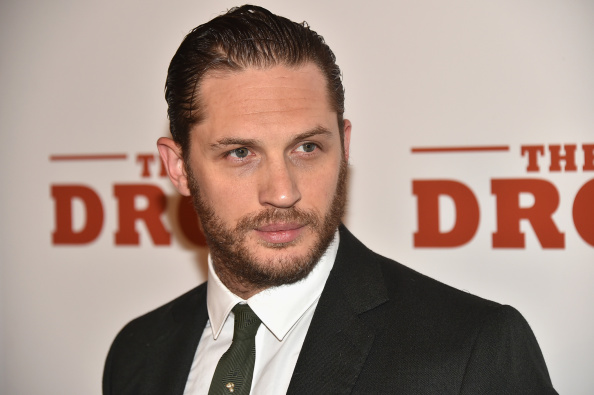