Pillsbury Doughboy creator Rudolph R. Perz died Wednesday aged 89. He invented one of the most iconic characters in modern advertising for the home baking brand.

According to General Mills, which owns Pillsbury, the chubby baking icon first debuted in a 1965 Pillsbury crescent roll advertisement, boasting 87% brand recognition three years later among American consumers. Perz, a copywriter for the Leo Burnett advertising agency, designed the trademark character while imagining a soft doughboy popping out of a Pillsbury dough can, naming his creation “Poppin’ Fresh.”

Perz used stop-motion clay action to animate the doughy kitchen helper and give him a mirthful laugh when tickled in the stomach. The Pillsbury Doughboy character has since spawned everything from Macy’s Thanksgiving Day floats to doll playsets, in addition to helping millions of American housewives and husbands bake cakes and rolls.

“We are saddened by the loss of Rudy Perz. Nearly 50 years ago, he created one of America’s most loved and adored characters, the Pillsbury Doughboy. Our thoughts are with Rudy’s family during this difficult time,” Pillsbury president Liz Nordlie said in a statement.

Perz’s funeral will be held in the Chicago area this weekend. 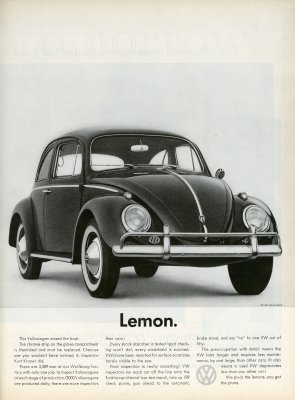 19 Real-Life Ads from the 'Mad Men' Era
Next Up: Editor's Pick