Dennis Ross: Iran Negotiation Isn't Over Until It's Over

Ambassador Dennis Ross is the William Davidson Distinguished Fellow at The Washington Institute and author of Doomed to Succeed: The U.S.-Israel Relationship from Truman to Obama.

It may have gone into overtime, but President Obama and Secretary Kerry have now announced the parameters for a comprehensive agreement with the Iranians on their nuclear program. Several points are noteworthy.

First, the numbers of centrifuges the Iranians will be enriching is slightly over 5000 — not a low number, but lower than the one that many observers had expected. Moreover, for 10 years only the IR-1, the least advanced of the Iranian centrifuges, will be allowed to enrich.

Second, the stockpile of low-enriched uranium will be reduced from 10,000 kgs to 300 kgs. Taken together, these first two parameters — meaning the combination of the number and type of centrifuges and this stockpile — bolsters the argument of the administration that for 10 years Iran would be one year away from being able to produce a bomb’s worth of weapons grade fissile material.

Third, the fact that the excess centrifuges and enrichment infrastructure will be placed in storage that is monitored by the IAEA also means it would not be easy for the Iranians, for 10 years, to expand their production and move toward a break-out capability, particularly without us knowing about it.

Fourth, there are also other important transparency measures that will permit us to know what Iran is doing and where they are doing it — and for longer than the 15 years in which the size of the Iranian nuclear infrastructure is to be limited. The monitoring of uranium mines, the milling of uranium into yellow cake, the conversion of yellow cake to the UF6 that is put into centrifuges, and of centrifuge production and storage facilities, should also give us confidence that we could detect any effort to secretly divert critical materials.

There are other limitations, including the removal of the original core of the Arak heavy water reactor, which suggest that the plutonium path to a bomb is also clearly being inhibited. All these fall in the good news category.

So what falls in the not-good category? After 10 years the Iranians can begin to enrich dramatically more uranium as they can operate their more advanced centrifuges, the IR-2s, IR-4s, IR-5s, IR-6s, and IR-8s — and the fact that for the coming decade they can do R&D on these machines means they will be able to vastly expand their enrichment at the end of this period. Moreover, after 15 years, there are no limits on the size of their nuclear infrastructure. And, verifying a very large nuclear program is far more difficult than monitoring a small one.

But even leaving aside the size of what the Iranians will be permitted to do after year 15, there is ambiguity about the real access inspectors will have throughout the life of the agreement. While the parameters suggest that inspectors will have access to suspect sites anywhere in the country, will that really apply to military bases and the facilities of the Revolutionary Guard? Will inspectors have it on a timely basis? And what happens if such access is blocked?

President Obama spoke of our being able to detect violations and deal with them. But what are the response mechanisms for violations. The history of compliance with arms control agreements is not good. Will the Russians agree that our intelligence is reliable? Will they insist on prolonged discussion over any alleged violation? Will we get bogged down in negotiations over what is a violation or how to respond to it?

At this point, there is no answer. But if we want to deter the Iranians from cheating and prevent the Iranians from incrementally eroding the baseline in order to reduce the break-out time, the issue of responses and consequences needs to be clear.

In any case, if there is any lesson to be learned from what it took to reach an understanding on the parameters, it is that it will be an ordeal to fill in the details and have the Iranians sign an agreement. Undoubtedly the negotiations will go down to the wire and one should expect that the Iranians may well argue that they have a different interpretation of the some of the key parameters. To paraphrase Yogi Berra, don’t count on this negotiation being over until it is over. 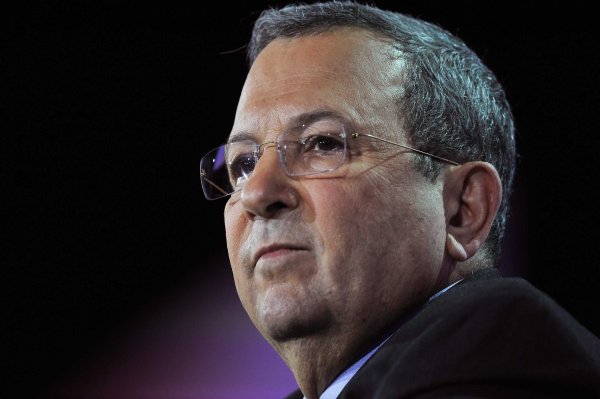 Former Israeli Prime Minister: Iran Has Escaped a Noose
Next Up: Editor's Pick