Heinz doesn’t owe any money to a Michigan man who claimed the condiment company used his idea for a new ketchup container for its own product, a federal jury found Wednesday.

The man, 44-year-old food entrepreneur Daniel Wawryznski, claimed Heinz launched its Dip & Squeeze single-serve ketchup products in 2010 after he introduced a similar idea at a meeting with the company two years prior, the Associated Press reports. Heinz’ Dip & Squeeze acts as both ketchup packet and reservoir, eliminating the need for users to pour the sauce from a packet into a secondary container or paper napkin.

A Pennsylvania jury, however, said Heinz’s Dip & Squeeze wasn’t based on Wawryznski’s idea, which he called the “Little Dipper.” That decision was based in part on evidence that Heinz’ European division was working on a similar concept back in 2002.

“Heinz firmly believed all along that [the plaintiff’s] claims were groundless, and we are pleased to have prevailed in this case,” Michael Mullen, senior vice president of corporate and government affairs for Heinz, told the AP.

It isn’t clear if Wawryznski will appeal the finding.

In March, Heinz announced plans to merge with Kraft Foods in a deal that would create the world’s fifth-largest food and beverage manufacturer, with a total value of $36 billion. 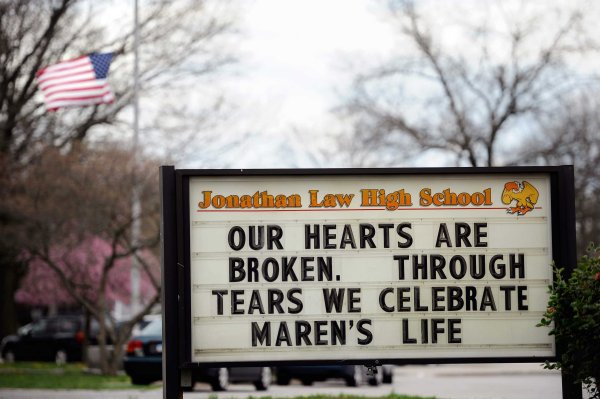 Student Accused of Killing Classmate on Prom Day to Claim Insanity
Next Up: Editor's Pick