It’s bad, just not as bad as we were expecting.

The leaks over recent weeks from the negotiations to decide the fate of the Iranian nuclear program suggested more concessions from world powers than were announced in Switzerland on Thursday, but as always heaven and hell both reside in the details. Much can go wrong before June 30, when the accord described in Laussane must be rendered into unambiguous specifics. But it is important to stand as far back as possible and see what is happening from the long view, which is certainly what the rulers of Iran are doing.

History does not repeat itself, but it rhymes, as Mark Twain put it. Six times in the last generation, secondary nations have launched programs aimed at producing a nuclear arsenal. Two were persuaded to surrender their ambition voluntarily: Libya and South Africa. Two were stopped by surgical airstrikes: Iraq and Syria. The final two — Pakistan and North Korea — got the bomb, and got it following a path not so different than the one the ayatollahs are treading today.

There is a perception across the Middle East that America is weakened. I believe the perception is wrong. The United States remains the world’s mightiest military, economic and diplomatic power by far, with reach and abilities beyond rival. But perception these days works as reality, and the common view is that America negotiated not out of strength but out of an appetite to obtain a deal. This by itself allowed Iran an advantage in the negotiations, and that advantage has been enhanced by the announcement of an agreement.

Making a deal with the United States — one that allows Iran’s leadership to announce relief from all sanctions without shuttering a single nuclear facility — surely strengthens the Iranians, and that bodes ill from Iran in other arenas. I believe President Obama means everything he says about sticking to the unprecedented backing of Israel and keeping all options on the table against Tehran, as well as countering its adventures in Syria, Yemen, and Iraq. But that’s not the way the Middle East’s leadership — on both sides — will read it. Not in Tehran or Damascus and not in Riyadh, in Abu Dhabi, in Cairo, in Ankara, and certainly not in Tel Aviv.

The Iranians base their military support for Syrian President Bashar al-Assad, Hizballah, and the Yemen rebels on asymmetry, and the concept has also worked for them in the nuclear negotiations. Their opponents are a coalition — formidable, but also unwieldy, and unlikely to be reassembled once it comes apart. By comparison, Tehran can move with relative nimbleness, on the order of a single person. And so, even if a final accord warns that sanctions can be snapped back, the mullahs know that that consensus is difficult to resume; elastic grows slack. The mullahs also know that the risk of a military strike is greatly reduced. Why? That’s the reality when you go so deep into negotiations.

But President Obama does our side no favor by arguing that a strike will ignite another Middle East war. A surgical strike on key nuclear facilities in Iran can throw them five years backward, and a repetition would become a major Iranian worry. On the spectrum of military actions, this would be closer to the raid that killed Osama bin Laden than to the invasion of Iraq. The possibility should not be rhetorically holstered. It may, finally, later down the stream be the only language Iran understands.

It’s clear to me that as long as the ayatollahs are in power, their behavior will be guided not by their signatures on a paper, but by the extent to which they worry about resumed biting sanctions and the possibility of kinetic attack. That’s what brought them where they are, and that’s what will keep them there.

The deal described in Switzerland is not what Israel wanted. I would prefer 1,000 centrifuges instead of 6,000. Fordow closed altogether. And all enriched uranium shipped out of the country. Why? So that when the day arrives that the Iranian leadership announces, as North Korea did, that it has expelled the inspectors or that it is withdrawing from the Nuclear Nonproliferation Treaty, it must start its sprint for the bomb from that much further back.

Probably we are in a moment of grace. But it is only a moment. Iran wants to get to a signature in June, and the relief from sanctions that will soon follow. The smiles they wear are the smiles of a man who has escaped a noose. Don’t let him get too far. 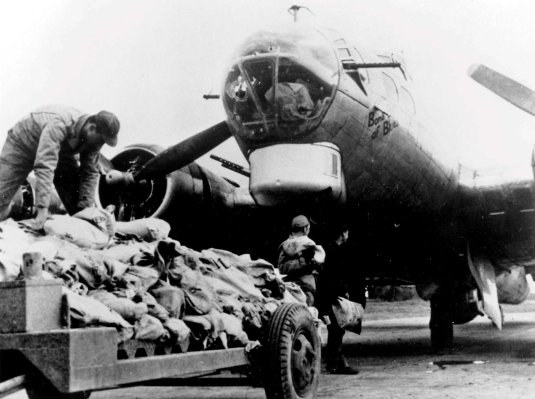 How a World War II Operation Is Saving Lives Today
Next Up: Editor's Pick