When it came time to bomb Libya—both times, in fact, in 1986 and 2011—American airpower led the way. When Iraq was in the crosshairs—all three times, in 1991, 2003 and 2014—the stars and bars of the U.S. Air Force led the charge. Same thing in Afghanistan, Pakistan, Sudan, Syria and even Iran (against oil platforms and small boats in the Persian Gulf in 1987-1988).

That history makes it almost relaxing for the U.S. military to be sitting out the latest air war launched by Saudi Arabia against the Houthi rebels now occupying a growing chunk of Yemen. The kingdom, which kicked off aerial attacks March 25, is nervous about the Iranian-backed rebels along its southern border. But Riyadh’s hardly flying solo: it has been joined by Bahrain, Egypt, Jordan, Kuwait, Morocco, Qatar, Sudan and the United Arab Emirates.

Washington shouldn’t feel left out, according to Anthony Zinni, the retired four-star Marine who headed U.S. Central Command, which oversees the region, from 1997 to 2000. “Ever since the first Gulf War in the early 1990s, we’ve been pushing to get some sort of alliance in the region,” he says. “We wanted them to come together and basically find a way where we could support them but not have to lead them all the time.”

Zinni says the Saudis have acted because they hate the Houthis, hate the Iranians, and hate the idea of an ungoverned state next door. “They will not tolerate a Houthis-led Yemen on their southern border,” he adds. “And they’re pissed that the Iranians support them.” Saudi Arabia has attacked the Houthis before, he notes, but never this extensively.

Precise details about what each country allied in the battle against the Houthis is doing remain murky. But it’s obvious a lot of the air attacks on Houthi sites, in what Riyadh has dubbed Operation Decisive Storm, involve U.S.-built warplanes dropping U.S.-built bombs.

Much of Saudi Arabia’s air force consists of U.S.-built warplanes. It says it has dedicated 100 to the fight, and lost a St. Louis-built F-15 involved in the campaign March 26 (both pilots rescued by a U.S. helicopter from the Gulf of Aden). Bahrain has earmarked up to 12 Fort Worth-built F-16s, with Jordan and Morocco contributing six apiece. Kuwait reportedly has dispatched 15 St. Louis-built F-18s to the battle.

But the U.S. role is decidedly limited. “Our current position is that we will help the Saudis with intelligence and logistics and planning support,” Army General Lloyd Austin, Zinni’s successor as chief of Central Command, told the Senate Armed Services Committee March 26. That’s not necessarily a bad thing: the U.S. has been selling weapons and providing training to many nations in the region for decades. Most Americans have no interest in wading into another war. President Obama—with his pledge not to deploy U.S. ground combat troops in the ongoing fight against the Islamic State in Iraq and Greater Syria—shares their view (although the U.S. has been bombing ISIS since August).

While U.S. intelligence has begun flowing to the Saudis, logistical help remains largely in the planning stages, U.S. officials say. U.S. intelligence is being funneled to the Saudis through the Combined Air and Space Operations Center at the major U.S. al Udeid air base in Qatar—the same base conducting the daily air strikes against the Islamic State in Iraq and Greater Syria. “Right now it’s almost exclusively intel—intelligence, surveillance and reconnaissance,” a U.S. military officer says of the American aid.

“Log[istical] support hasn’t really kicked in yet,” he adds. “When it does it will be mostly refueling and spare parts. It’s not clear yet where the [aerial refueling] tankers would one from. Presumably al Udied.”

Without the U.S. in the lead, Washington can’t start and stop bombing. But it retains some control: it can control the flow of spare parts for the warplanes it built and the bombs they drop.

Of course, one of the advantages of being in charge is calling the shots, and knowing why they’re being called. When it comes to the Saudi effort against the Houthis, Austin acknowledged at that armed services committee session that he’s all but clueless. “I don’t currently know the specific goals and objectives of the Saudi campaign,” Austin said. “I would have to know that to be able to assess the likelihood of success.”

When you’re out of the loop, you also don’t know what’s going to happen next. The Saudi defense chief informed him of the impending strikes “the day of the attacks,” Austin said, “so it was not much before that they actually started the attacks.”

Read next: Al-Qaeda Group Frees Hundreds of Inmates in Yemen 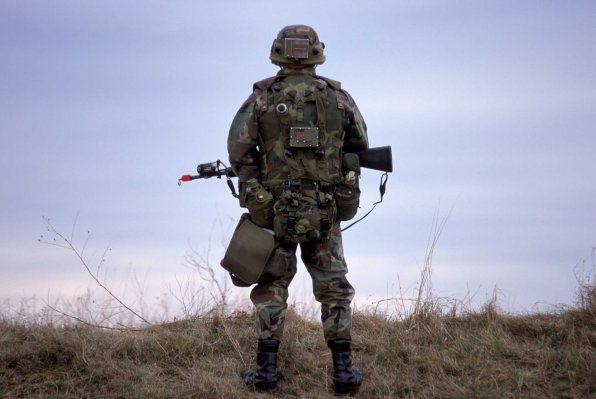 Former Marine: How To Fix the Military's Millennial Problem
Next Up: Editor's Pick