The World Is Getting More Religious

Atheists, agnostics and other people who don’t affiliate with a religion will make up a smaller fraction of the world’s population in 2050, according to a new study.

The Pew Research Center study released Thursday found that the growth of major religious groups will outpace the rise in the unaffiliated population despite trends in the United States and other Western countries, where the proportion of religiously unaffiliated people is expected to grow. By 2050, the total global population is expected to rise to 9.3 billion from 6.9 billion today.

Islam will expand faster than any other major religion, according to the report, with Muslims and Christians expected make up nearly equal shares of the global population by 2050 for the first time. While much of the Muslim and Christian population growth is expected to occur in Sub-Saharan Africa, the share of Muslims in Europe and the U.S. is also expected to grow.

In Europe, for example, Muslims will make up 10% of the total population. In the U.S., they will make up 2.1%, up from 0.9%, and outnumbering the Jewish population in America.

Among all major religions, Buddhism is the only one that is not expected to expand by 2050, due largely to low fertility rates in countries like China and Japan. Here’s a breakdown of religious growth around the world from the Pew Research Center: 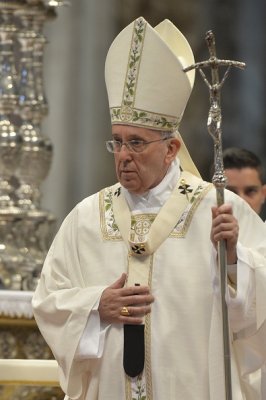 Pope Francis Told to 'Eat Less Pasta' by Doctors
Next Up: Editor's Pick