Infallibility, it appears, does not extend to the papal waistline.

Pope Francis is being warned by Italian doctors to “eat less pasta, walk more often, and lose a little weight to take some strain off his aching back,” according to the ANSA news agency.

Doctors told ANSA “that changing his eating habits, including fewer carbs and pasta only a few times per week, is needed to counter a weight gain noticed in recent years.”

The workaholic 78-year-old Francis, who’s not been shy about his love of pizza and who typically rises at 4:30 a.m. to start his busy days, also admitted in his Holy Thursday homily that he’s just exhausted.

“The tiredness of priests. Do you know how often I think about this weariness which all of you experience?” Francis said at St. Peter’s Basilica, according to another ANSA report. “I think about it and I pray about it, often, especially when I am tired myself.”

Francis was elected in March 2013, after his predecessor, Benedict, took the unprecedented step of retiring from the papacy. And last month, Francis suggested he, too, had retirement on his mind when he told the Mexican broadcast outlet Televisa that he felt his papacy would last only “four or five years … I do not know, even two or three. Two have already passed. It is a somewhat vague sensation.” 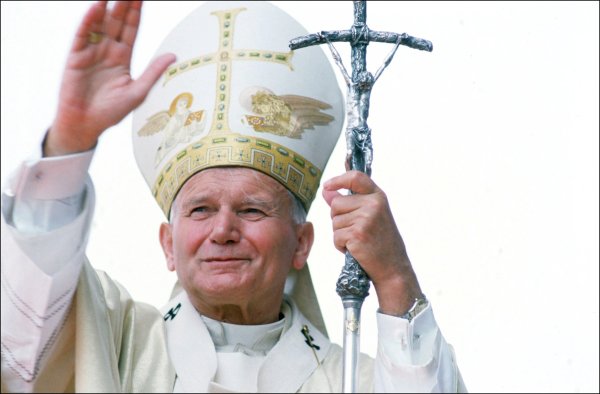 How John Paul II Became One of the Longest-Tenured Popes Ever
Next Up: Editor's Pick