Billie Holiday's Story Was Even More Complicated Than You Think

Though the remembrance is a short one, it neatly sums up the legend that still follows the singer known as Lady Day, on what would have been her 100th birthday. She had a tough childhood. She sang “Strange Fruit.” She had a tough adulthood too, dying young due to illnesses connected to alcohol and drugs. But the too-short life encompassed in those sentences was even more complicated than that — and that the brief nature of that obituary is part of the story, explains John Szwed, author of the brand-new book Billie Holiday: The Musician and the Myth.

“It’s one of those cases where it takes like 50 years for someone to get widely known,” he says, “except for scandalous things she got involved with.”

As Szwed puts it, it doesn’t take much Google searching to figure out that it’s not a myth that Billie Holiday did have a very hard life. The harsh upbringing and drug-addled adulthood are only the tip of the iceberg, in fact. TIME’s coverage of the singer from her lifetime is nearly exclusively limited to misfortune; shortly before her death, for example, the magazine noted that Holiday was “arrested in her hospital bed” for heroin possession. And the shorthand story of being raised in a brothel elides an even harsher truth that was mostly covered up during her life, according to Szwed: that when she and her mother moved to a New York brothel after they left Baltimore, when Billie was 16, Szwed says, the two were both working as prostitutes.

During the height of her career, only the most scandalous tabloids were covered Holiday’s backstory; more legitimate publications often stayed away from her. That avoidance was made easier by the fact that, even when she was at her most productive, her music didn’t fit in with the popular styles of the time. Still, the idea of Holiday defined by suffering was already beginning to take hold.

Holiday was working with a myth that already existed when in 1956 she released her autobiography, Lady Sings the Blues. Though Szwed says there are plenty of incidents that the book skips over or changes, Blues emerged at a time of popular interest in stories of artists who overcame obstacles; “In our time we’ve drifted back toward that,” he adds, “what Joyce Carol Oates called ‘pathographies,’ instead of biographies, long books with every illness and every failure in them.” By using her autobiography to tell the world what she wanted to the world to know, she was able to respond to the prevailing idea that her story was one of sadness alone. In doing so, she portrayed herself as more than a victim.

“There was something very cool about doing that, saying ‘I survived and I came back stronger,'” Szwed says. “She’s been cast as a kind of saint, but she never put herself in that role. She both mythified herself, if that’s a word, and had to deal with the [myth] that was put around her.”

The part of her life that fits least with the sad-sack saint myth is the most obvious one: her voice. Holiday was never a major record-sales success during her life — Szwed tells the story that the producer John Hammond was once asked whether he caught flak for signing Bob Dylan, due to Dylan’s unusual voice, and responded that the Dylan backlash was nothing compared to the response when he signed Holiday — and didn’t fit with the era’s idea of what a blues singer should be. Her range was small and she often sounded like she was talking rather than singing. Still, she had many contemporary admirers. Frank Sinatra envied her diction, and in New York City, she ran with an intellectual and artistic crowd. “Leonard Bernstein and Orson Welles and Elizabeth Bishop, these people weren’t just interested in a junkie,” Szwed says. “She was much cooler than we think.”

Her unusual style was what allowed her to make songs like “Strange Fruit” work, he says. The sense of objectivity in the song, recounting what the singer saw, is what hits the listener. (The only modern analog Szwed can think of is Björk’s performance of “Gloomy Sunday” at the designer Alexander McQueen’s 2010 funeral.) Over the years, the roughness of her voice has imparted a sense of authenticity that has only been enhanced by the rock ethos that says that slick singing is further from artistic truth. But there was more to her music than sad songs. She sang every emotion there was, and she managed to make whatever it was believable. That, Szwed says, is why interest in her has endured through so many decades.

“People will ask if the songs reflect her life,” Szwed says. “Yeah, I guess they do — but there are a lot of sick and unhappy people who are not great singers.”

Read next: This 7-Year Old’s Incredible Voice Will Give You Chills as She Channels Billie Holiday 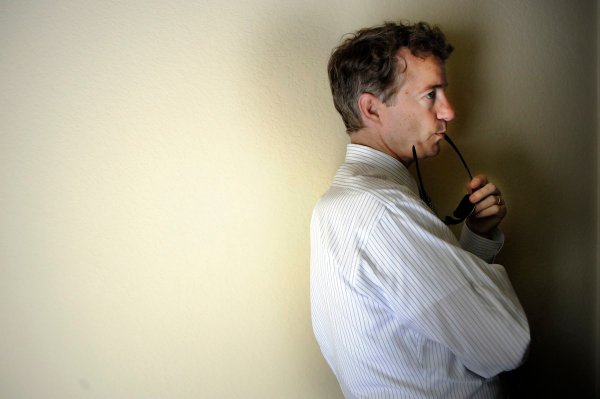 What Happened When Rand Paul First Got Into Politics
Next Up: Editor's Pick