Actress Cate Blanchett attends the presentation of the Outstanding Performer Of The Year Award at the Arlington Theatre during the 29th Santa Barbara International Film Festival on February 1, 2014.
Imeh Akpanudosen / Getty Images
By Megan Gibson / London

The stars of Woody Allen’s Blue Jasmine have responded to the open letter penned by the director’s adopted daughter, Dylan Farrow, in which she details claims that Allen sexually assaulted her when she was 7 years old.

In one of the letter’s more powerful moments, Farrow asks several actors who’ve worked with and supported Allen about how they would respond if the abuse had personally affected them: “What if it had been your child, Cate Blanchett? Louis CK? Alec Baldwin? What if it had been you, Emma Stone? Or you, Scarlett Johansson? You knew me when I was a little girl, Diane Keaton. Have you forgotten me?”

Now, two of those actors have acknowledged the letter. At the Santa Barbara International Film Festival on Saturday, journalist Jeffrey Wells asked Blanchett if she had any response to the letter. Blanchett, who has been nominated for an Academy Award her role in Blue Jasmine, simply commented, “It’s obviously been a long and painful situation for the family and I hope they find some sort of resolution and peace.”

As for Baldwin, he had a somewhat harsher response to the growing controversy. “What the f&@% is wrong w u that u think we all need to b commenting on this family’s personal struggle?” he tweeted Sunday. “So you know who’s guilty? Who’s lying? You, personally, know that?” he continued, adding: “You are mistaken if you think there is a place for me, or any outsider, in this family’s issue.” He later deleted his responses.

Allen, who has always denied claims of sexual abuse, responded, via lawyers, by saying that he was not responsible for “Dylan’s distress.”
[People] 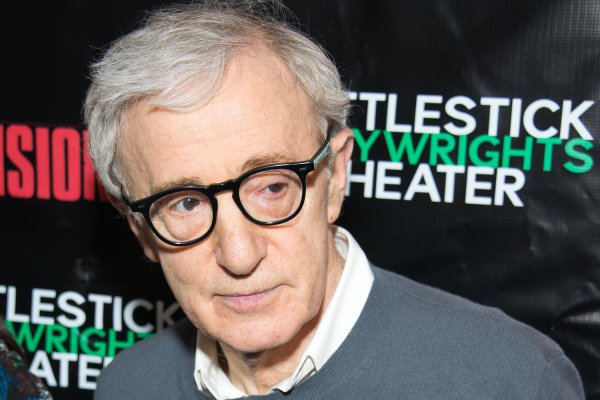 How Do You Solve a Problem Like Woody Allen?
Next Up: Editor's Pick