Will Ferrell and Kristen Wiig Made a Secret Lifetime Original Movie

From left: Will Ferrell and Kristen Wiig
Getty Images (2)
By Melissa Locker

Will Ferrell and Kristen Wiig have teamed up for a new film—but this isn’t going to be a summer blockbuster playing at your local megaplex. Instead, it will air alongside such films as A Daughter’s Nightmare, A Warden’s Ransom and A Wife’s Nightmare. That’s right—it’s airing on Lifetime.

The film, called A Deadly Adoption, sounds like a very serious and dramatic reboot of Baby Mama with Wiig and Ferrell playing a successful couple who hope to adopt the child carried by a young woman, played by 90210 alum Jessica Lowndes. If the title is any hint, things quickly go awry. They might even turn deadly.

The news broke yesterday, but Lifetime confirms that this is no April Fools’ joke. The film was made to mark the 25th anniversary of Lifetime’s reign over the made-for-TV movie genre. Apparently, Ferrell is a huge fan of the genre; he will executive-produce the film with his frequent collaborator Adam McKay. The film reunites Wiig, Ferrell, and screenwriter Andrew Steele, who worked on the epic Thornbirds-inspired miniseries The Spoils of Babylon.

The two-hour movie has already been filmed and is slated to premiere on Lifetime this summer. 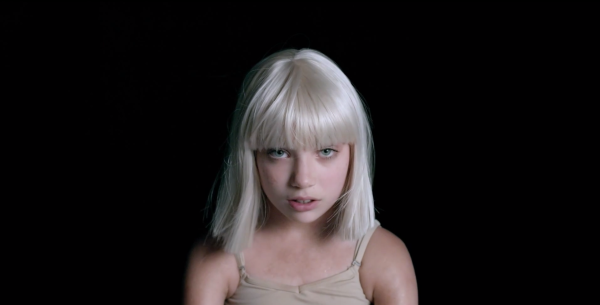 You'll Never Guess Who Stars in Sia's Video for 'Big Girls Cry'
Next Up: Editor's Pick