A window sticker on a downtown Indianapolis business, Wednesday, March 25, 2015, shows its objection to the Religious Freedom bill passed by the Indiana legislature.
Michael Conroy—AP
Ideas
By Ilya Shapiro
Ilya Shapiro is a senior fellow in constitutional studies at the Cato Institute and editor-in-chief of the Cato Supreme Court Review.

I’m for marriage equality — having filed many briefs supporting challenges to restrictive state laws — but I have no problem with Indiana’s new religious-freedom law. And neither should progressives.

After all, would you want Unitarians to work the audio equipment at a Southern Baptist revival? Would you force a Jewish printer to produce anti-Semitic flyers? Would you require Muslim butchers to serve pork ribs?

The Supreme Court said in 1990 that the First Amendment doesn’t grant exemptions from generally applicable laws, so religious objectors have to seek relief from the legislature. Accordingly, a near-unanimous Congress passed, and President Bill Clinton signed, the federal Religious Freedom Restoration Act to ensure that laws and other government actions only burden religious exercise where absolutely necessary to achieve a compelling goal.

Twenty states have followed suit — including Illinois, with the support of state Senator Barack Obama — plus courts in 11 other states interpreted state constitutions to provide similar protections. So mark me unimpressed by Hillary Clinton’s tweeted disappointment that “this new Indiana law can happen in America today.”

Indeed, the American Civil Liberties Union and other progressive groups long supported these laws, which have been used to protect religious practices involving hallucinogenic substances, animal sacrifices, eagle feathers, and symbolic daggers — but not discrimination in hiring employees or serving customers.

None of these laws, at either the federal or state levels, have ever allowed exemptions from anti-discrimination laws. Indiana isn’t even one of the 21 states that prohibit employers from discriminating based on sexual orientation, so there’s no exemption to be granted here.

Some who protest the new law point to its explicit application to disputes between private parties. But most courts — including the most progressive federal appellate court in the nation, the California-based Ninth Circuit — have interpreted the federal RFRA in this manner too. And that makes sense: If someone invokes a law to force you to do something, your objection would be to that law, without which there would be no burden on your religious exercise.

But again, never has a RFRA allowed a private party to discriminate against gays (or anyone else) in employment, service, housing, or any other scenario in the parade of horribles raised by opponents of Indiana’s law.

But really this debate is all a misunderstanding — by both sides — of the difference between government and private action.

Progressives are right that states must extend official recognition to same-sex couples — though I don’t see a need for government involvement in marriage in the first place — but egregiously seek to bend the will of private citizens who have religious differences from the prevailing viewpoint. Conservatives are wrong to oppose giving state marriage licenses to same-sex couples but correctly argue that people should be free to live their lives according to their consciences.

We’re all born free and equal under the law. That means that we may associate with anyone who wishes to associate with us, and also to decline to associate. While governments must treat everyone equally, individuals should be able to make their own decisions on whom to do business with and how — on religious grounds or otherwise. Those who disagree with those choices can take their custom elsewhere and encourage others to do the same.

The prototypical scenario that the Indiana law is meant to prevent is the case of that New Mexico wedding photographer who was fined for declining to work a same-sex commitment ceremony. Note however that she lost despite New Mexico’s RFRA, and her stronger argument was based on her First Amendment freedom of expression (which the Supreme Court alas refused to hear).

Moreover, I don’t know why you’d want to have someone who can’t in good faith (literally) support your wedding work it. It must be the desire to narrow the rules of the game such that private institutions are allowed to continue operating only as long as they follow a prescribed list of mores.

Doesn’t that strike you as reactionary and illiberal? If progressives support tolerance and respect for diversity, they should support Indiana’s law. 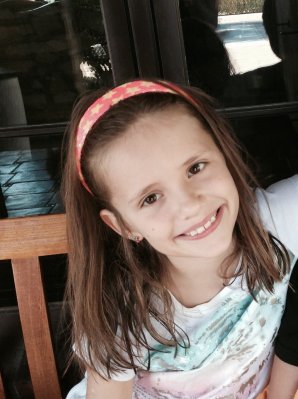 Exclusive: Read a 9-Year-Old's Letter to Obama About Putting a Woman on U.S. Currency — and His Response
Next Up: Editor's Pick