Surprising many observers, Comedy Central named Trevor Noah The Daily Show’s new host on March 30. This put an end to speculation over who will replace Jon Stewart but also gave rise to questions, like whether audiences will stay with the untested and already controversial Noah.

Noah, a biracial native of South Africa, got his start on the soap Isidingo; he continued working in his home country on radio and in stand-up. In 2012 he crossed the ocean with an appearance on The Tonight Show, and the following year he released the comedy special African American.

After Daily Show veterans Samantha Bee and Jason Jones left for TBS and Jessica Williams took herself out of the running, many suspected Comedy Central would hire an outsider. Noah is something between a Daily Show insider and a fresh voice: he debuted as a correspondent in December.

An already-tricky transition became a headache when old tweets of Noah’s, perceived as anti-Israel and misogynist, surfaced a day after his hiring announcement. Noah’s introduction to many Americans came in the form of some artless stabs at humor.

Noah will take the helm from Stewart later this year in a crowded market for sharp political commentators, two of them groomed by Comedy Central: Stephen Colbert, who’s headed to CBS, and John Oliver at HBO.

Noah is off to a rocky start in replacing one of TV’s most iconic hosts. But in the years since the already-well-known Stewart came on in 1999, Comedy Central has helped turn a slew of unknown comics with sharp perspectives–from Amy Schumer to Larry Wilmore–into stars. Noah may have more growing pains ahead, but there’s reason for hope. 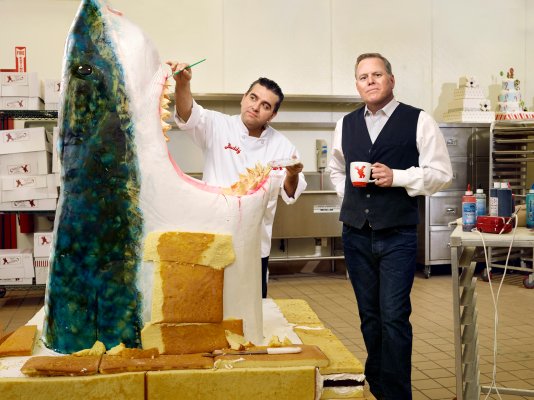 David Zaslav: The Cable Boss
Next Up: Editor's Pick