Public breastfeeding is not normal. It should be, but it’s not, and that’s all tied up in how society views women and their bodies, still bent on objectifying us and seeing us as vessels for sexual gratification before seeing us as human beings. Ask any group of mothers anywhere if they’ve ever received complaints about breastfeeding, and odds are, at least a few of them will raise their hands.

However, in recent years, women have slowly begun to win some battles in the “we-should-be-allowed-to-feed-the-tiny-humans” war, and the small wave of awareness can be tied to the uptick in social media campaigns and protests. Tired of being shamed, women are shaming the people and companies who do it to them.

Nothing shows the strange ways in which we view women’s bodies like the Hooters employee who took to Twitter just this week to disparage a breastfeeding mother for taking out her breast to feed her baby. Others jumped in to defended her.

After United Airlines employee told Kristen Hilderman to “cover up” while she tried to feed her infant on a plane, and threw a blanket at her husband last month, she fought back on Twitter. She posted an image of her full complaint, which described how she was treated, and garnered support from people across the United States, who then sent the company a barrage of complaints on Facebook and Twitter. Her tweet was retweeted nearly 2,500 times. Eventually, United Airlines apologized for the incident. Is that enough?

When April Leamy was asked to stop breastfeeding her baby at local Florida restaurant Fia’s Ristorante and Pizzeria in January, she stood up for herself. The complaint had come from a fellow diner, not the staff, but the owner sided with the other customer and told her that as a private business owner he could ask her to leave without stating any reason. She and her family paid their check and left, their dinner only half-eaten. Later, she posted her story to a support group of mothers, and the women took to the restaurant’s Facebook page, launching comment after comment in defense of public breastfeeding. Two days later, the restaurant owner, Chris Paladino sent her a private message, apologizing. Then he took it a step further and publicly declared the restaurant a pro-nursing safe space. A victory for mothers and businesses alike, I’m sure.

After a Goodwill employee used the company’s Twitter account to shame a breastfeeding mom, breastfeeding advocate and blogger Paala Secor used her influence to shut it down. Secor regularly scours Twitter for breastfeeding trolls. When she sees people, particularly businesses, attempting to shame a mother, she posts about it and makes calls to their corporate offices. After multiple phone calls to Goodwill, the company posted an apology on its website and Facebook page.

Even as we band together on Facebook and Twitter and Instagram and other social media outlets to fight to normalize what is already perfectly normal (not to mention legal), we sometimes have to fight these networks as well. In spite of finally changing its policy last month to exclude pictures of breastfeeding mothers as nudity, Facebook will still take down pictures reported by users as indecent, and it’s a fight to get them back up, if they ever go back up. Nonetheless, Facebook is home to dozens of pro-breastfeeding pages and groups such as FB vs. Breastfeeding, Nursing in Public, Respect the Breast and others, each with thousands of followers.

The problem isn’t social media; it’s our cultural fixation on women as objects to titillate and entertain rather than women as human beings with lives and hardships. By using social media to mobilize our efforts to gain the right to breastfeed without being harassed, we are turning the tide, slowly — one picture, one instance, at a time. But until we can affect a deep change in the way society views women in general, and breastfeeding mothers in particular, we will not be able to win the war. 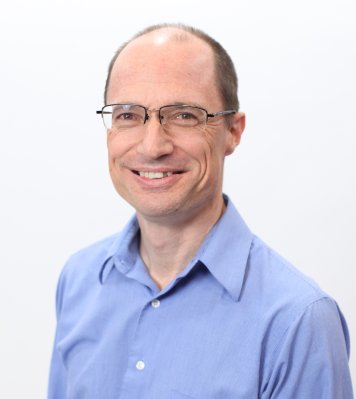 Meet the Reigning Palindrome Champion
Next Up: Editor's Pick