While April Fools is supposed to be a day of laughter and good cheer—we rounded up the best jokes here—some people just went way too far. Below, a glimpse at a few pranks that backfired:

• The student newspaper at the University of Virginia apologized for publishing a joke issue with articles like “ABC officers tackle Native American student outside Bodo’s Bagels” and “Zeta Psi hosts ‘Rosa Parks’ party.” These pieces were published two weeks after the bloody arrest of a black student by white officers from the state’s Department of Alcoholic Beverage Control sparked campus-wide protests.

• A gag involving fireworks resulted in a laundry hamper on fire in an apartment complex near Grand Valley State University in Michigan. Residents were evacuated, and no injuries were reported.

• The following tweet from the Greater Manchester Police Radcliffe reportedly offended parents with children who have been incarcerated.

• Seattle Seahawks Linebacker Bruce Irvin apologized for joke tweets in which he said he was caught drinking and driving after his prank sparked outrage on Twitter.

Before this hits the media I just wanna apologize to my fans and the @Seahawks organization once again. I made a terrible decision b driving

After I had a few drinks. I will do everything to get ur trust back and will become a better person after this.

• Happy Endings, the cult ABC comedy that was cancelled in 2013, will be lucky if it has any fans left after teasing fans with a website of a countdown to April 1 that revealed nothing.

@happywrites Sure, everyone saw it coming, but why would you just troll all of your fans, other than to just be completely mean-spirited?

— Human Behind the Screen of a Heavy Conversation (@FuzzBeedEli) April 1, 2015

.@happywrites you have officially ruined my day and everything you've done with 3 seasons of the funniest show of all time has become lesser

Read next: These Radio Hosts Pulled the Best April Fools’ Prank on Their Coworkers 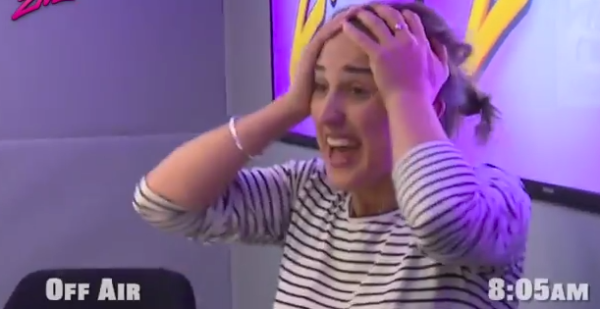 These Radio Hosts Pulled the Best April Fools' Prank on Their Coworkers
Next Up: Editor's Pick